As David Turner, an analyst at Mintel, put it “When Buffett invests in a sector, it gives a sign that the sector is ripe for acquisitions”, so Irene Rosenfeld, CEO of MondelÄ“z, is doing whatever she can to make sure the food and beverage giant isn‘t next.

In order to cost-cut, the confectionary conglomerate needs to improve profitability and place a focus on creating more efficient operations. Perhaps this is why Rosenfeld has insisted on a restructuring and upgrading of MondelÄ“z’s production facilities and supply chain as well as altering its organisational structure to be more agile.

Yesterday the American company announced that it has begun to make and sell Oreo in Morocco, after investing almost $11m in a state-of-the-art local production capacity to create the company’s largest Oreo production line in Africa.

MondelÄ“z Maroc, a subsidiary of the firm, will have the capacity to make as many as 900m Oreo biscuits per year, or almost 2.5m Oreo cookies per day in its Casablanca facility, after completing installation of the high-tech production line and starting up in March. If laid side by side, that’s enough dunkable biscuits in a year to stretch the full length of Morocco more than 15 times.

“We’re so excited to be making this delicious, high-quality and iconic biscuit available to all Moroccans, made right here in the Kingdom by MondelÄ“z Maroc,” said Antoine Collette, President Biscuits for MondelÄ“z in Eastern Europe, the Middle East and Africa.

Collette added: “No matter where it is made—whether in Europe, the United States or Morocco—Oreo is the same delightful biscuit baked to the highest MondelÄ“z International standards that has brought so much joy to billions of people since coming to market more than a hundred years ago.”

Two years after completing the acquisition of Biscuiterie Industrielle du Moghreb, the $11m investment in the Casablanca plant reinforces MondelÄ“z‘s presence and interest in Morocco. MondelÄ“z is the world’s largest maker of biscuits, and the number one maker in Morocco.

With the investment, MondelÄ“zMaroc will make the crÃ¨me-filled confection more available to Moroccans, offering it in a range of attractive formats and at pricing that Moroccans can afford. Capitalising on its large and well-developed distribution network, MondelÄ“z Maroc intends to make the chocolate sandwich cookie widely accessible in traditional, and modern, trade stores. 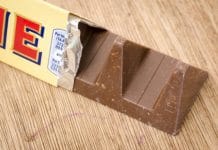 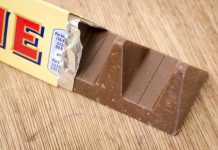 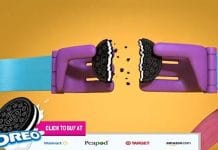 How retailers can harness the power of media

Re-defining real-time personalisation – What do retailers need to do to stay ahead?