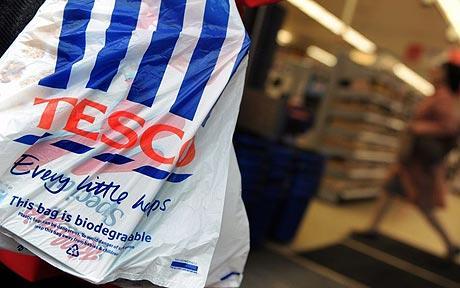 Tesco‘s £6.4bn loss, which is largely attributed to the fall in the property value of its stores demonstrates significant changes in shopping habits and acts as both a warning and opportunity. To the other supermarkets: this could have just as easily been you.

Ten years ago, the big players all joined in a land grab, opening superstores across the country. With an altering retail market, the result now is that these big stores are struggling as consumers choose convenience over size. For most of the past decade Tesco has led because it has the most superstores. But it‘s starting to become less of a winning card for the big supermarkets, resulting in many looking for different ways to use the spaces. We only have to look at Sainsbury‘s for evidence of this, giving away space for Argos digital stores to make better use of their larger sites.

Growing price consciousness and a convenience focused market, combined with more and more consumers using their mobiles when out shopping has meant destination store real-estate is less valuable.

The one supermarket chain which is less likely to suffer from too much wasted property is Morrisons. It struggled during the land grab, and unlike Tesco, is able to continue to focus on growth at proportionally smaller sites. Tesco has been on the front foot with a growing market share in convenience stores, but like many others, has failed to predict shopper movement away from bigger out of town centres, which has had a negative impact on overall sales.

This warning to supermarkets should be seen as an opportunity by brands however. Discounters Aldi and Lidl have been putting pressure on the supermarket giants, chipping away at their market share and forcing them into a race to the bottom. Five of the big six have loyalty schemes, but marketing strategies have been focused on price cuts, leaving a hole which brands are uniquely positioned to fill.

Coming at a time when retailers are being exposed for the high prices, and not always transparent charges they are forcing upon suppliers for prime positions in stores, brands are looking elsewhere for ways to engage with their shoppers.

For many FMCG companies, the rise in mobile use throughout a shopping journey is providing an alternative. Smartphones enable direct one-to-one personal relationships to be forged and tracked across the entire path to purchase.  The brands we work with understand that using mobile to track shoppers at each stage of the path to purchase gives them a competitive advantage, and is more traceable than any physical promotions with supermarkets in-store.

Direct relationships between brands and consumers however are just the beginning of the wave. No matter their size and market share, FMCG companies are now realising the merit of a mobile and shopper led approach and are starting to act.

Consumers want to shop quickly, easily and digitally. With loyalty schemes among supermarket shoppers continuing to fall in their use, mobile is allowing for direct engagement with brands, providing offers regardless of where an individual chooses to shop. Our data shows that over the past 3 months, 58% of our customers have shopped in more than two major supermarket chains, including 5% in more than five.

Supermarkets are reacting to these challenges but it may not be quick enough to respond to the rapidly evolving digital shopper market. Morrisons appointed David Potts in February, tasked with expanding their online presence, and Sainsbury‘s announced a few days ago that it is launching a mobile app. It is difficult to tell if moves like these will turn things around, but the uncertainty can only be seen as an opportunity for brands to take some power back.

The supermarkets have been warned: the brands you thought were at your mercy are finding new cost-efficient ways of marketing to their audience.