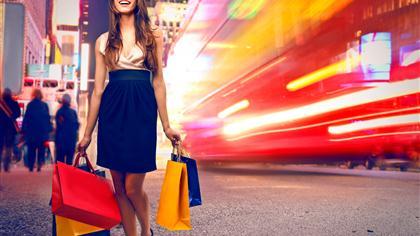 Following six years of uncertainty, British consumer confidence reached its highest in over 15 years this month as the nation said it was ready to spend.

Findings from the Gfk confidence barometer show that British household spending was weak at the start of the year but a pick-up in wage growth and the lowest inflation in since 1965 has boosted disposable income recently.

“We’re seeing a dramatic uptick in confidence this month, a real post-election bounce that’s put a spring in the step of consumers across the UK,” said Joe Staton, Head of Market Dynamics at GfK.

“Across all key measures we’re reporting higher levels of financial optimism for both our own personal situation and for the general economy as a whole for the coming 12 months.

This renewed optimism could also translate into a busy time for retailers. The number of shoppers agreeing that ‘now is a good time for people to make major purchases such as furniture or electrical goods’ has powered ahead.”

Gfk‘s consumer confidence index includes response from both before and after the general election, in which Prime Minister David Cameron’s Conservative Party won an unexpected outright victory.

In May, GfK had said the weak reading in that month’s survey could have been due to concerns about personal finances under the Conservatives.

This month, GfK said the surge in the index was boosted by consumers’ readiness to spend on expensive one-off purchases, as well as broader confidence in how well the nation thinks their personal finances and the economy as a whole will do this year.