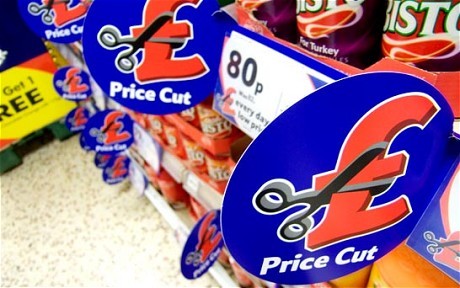 Tesco, which has been the victim of a rather tumultuous 12 months, could be treating its senior executives to shares worth £25m.

The move would most probably irritate investors who have seen their stocks fall by nearly a fifth over the course of the past year.

The UK‘s largest supermarket chain has suffered misfortune after misfortune since its £263m accounting scandal last October, including an investigation by the Serious Fraud Office and the imminent sale of its South Korean business. The company has said that all of its senior execs could receive the huge shares windfalls in two different schemes.

Eleven board members are in line to receive £16.9m of shares in July 2018 if specific targets are met as part of its Performance Share Plan.

In a statement to the London stock exchange, Tesco said that Chief Exec Dave Lewis could receive share options worth £3.4m, while Finance Director Alan Stewart is up for £1.8m and UK CEO Matt Davies, former Chief Executive of Halfords, could be getting £1.5m.

The scale of the rewards will likely stir some reactions, especially because thousands of Tesco employees have been made redundant in the wake of Lewis‘ dramatic turnaround plan.

Tesco swung the axe on several members of senior management and directors, has closed 43 underperforming stores and holding back on opening any more.

A Tesco spokesman said last night: “The announcement sets aside shares under our long-term reward schemes. This is a team which is entirely focused on turning Tesco around and doing the very best we can for customers.”