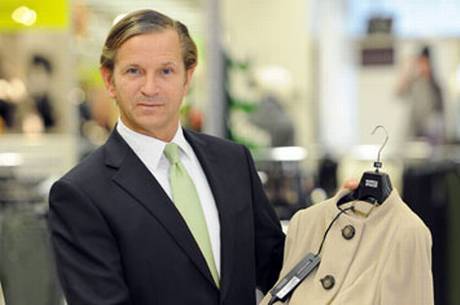 The news that Marks and Spencer‘s Head of General Merchandise, John Dixon, has resigned to become CEO at an unspecified retailer will likely raise the bar of succession planning for M&S.

Word on the street is that Marc Bolland, the British retailer‘s current boss, will leave the company in the very near future, regardless of how well (or not so well) the company‘s A/W clothing sales fare. Retail Gazette looks at potential successors:

Dixon, who had been with Marks & Spencer for 26 years and is credited with turning around the food division before moving to clothing and homewares, was in the running for the position of Chief Exec. There are several other internal contenders now including Steve Rowe, former Head of Food and Dixon‘s replacement as Director of Non-food.

Rowe is a skilled retailer, particularly from an operational/logistics point of view. From a CEO standpoint he is understandably un-proven although he has run into some difficult investor-facing experiences and would need to demonstrate a broader strategic awareness. The outlook for Rowe driving the clothing business is optimistic but it remains to be seen if he can make the game-changing decisions needed.

Laura Wade-Geary, Head of Retail and Online, may not be able to attract investor support after the teething problems the business encountered with the switch from Amazon to the in-house online platform in 2014. It has been implied in the wider press however, that she is a firm favourite of Bolland‘s. A former head of Tesco online, Wade-Geary brings the benefit of an external perspective and very well developed multi-channel knowledge. In theory she should be well positioned but in reality, she is unlikely the front-runner.

Group CFO Helen Weir also has a lot of relevant experience. She was previously Financial Director/Chief Financial Office at B&Q, Kingfisher, Lloyds TSB and John Lewis as well as Head of Retail at Lloyds TSB. Weir is strong on the strategy front but has less direct practice with retail.      The transition from CFO to CEO is not generally a natural one in this sector or any and Weir has very little familiarity with clothing. Her time post-Lloyds has been relatively short but despite her limitations, Weir is the only internal candidate who has extensive top corporate management experience.

“Non-food appointments at Marks and Spencer appear to be something of a poisoned chalice as a succession of people have tried, and failed, to make its clothing brands relevant in the new era of fast fashion,” Comments Jon Copestake, Retail Analyst at the Economist Intelligence Unit.

“Dixon was a rising star when he took over non-food at the expense of Kate Bostock—who had herself been previously tipped for the top job but now heads up Coast. Mr Dixon has had to run the gauntlet of unhappy investors and was memorably recently savaged by former M&S designer Muriel Conway for the lack of originality, flair and taste in M&S ranges”

He added: “In appointing Steve Rowe, the new rising star, as his replacement M&S appear to be making the same mistake as with Mr Dixon. Moving someone from the successful and growing food division into a non-food operation that continues to struggle against structural changes in market perceptions is unlikely to yield the desired turnaround. With the M&S retail brand becoming more synonymous with sandwiches than skirts it may be that a fresher approach will ultimately be required to bring back the feel-good factor in its fashion division. Either way, Mr Rowe will have his work cut out.”