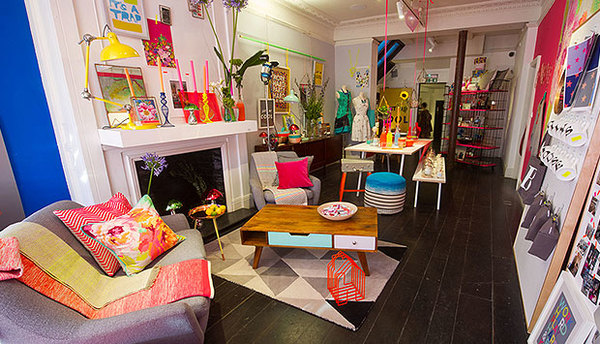 The lifestyle brand, which trades from 43 stores across London and the UK, has committed to pay all directly employed staff, as well as third party contractors, the Living wage.

The Living Wage is an independently calculated figure based on the cost of living in the UK. The UK rate is currently £7.85 p/h, whilst the London living wage is £9.15 p/h, reflecting the higher cost of living in the capital. Both rates must be paid to employees aged over 18, and are significantly higher than the national minimum wage rate of £6.50 p/h, or the recently announced National Living Wage premium for over 25‘s that will be £7.20 p/h from April 2016.

Oliver Tress, Managing Director and Founder of Oliver Bonas, said: “We are thrilled that we are now able to pay the living wage to all members of our team.”

A recent poll by Nationwide, itself an accredited living wage employer, revealed that 87% of the public believes that those businesses that can, should pay the living wage.

“This is a significant milestone for the living wage movement and will see the living wage become more prominent on high streets across the country,” said Rhys Moore, Director at the Living Wage Foundation.

“There are over 1,700 accredited living wage employers… these organisations all recognise that their people deserve a wage they can live on, not simply survive…”

Employers choose to pay the living wage on a purely voluntary basis. “Major players in the retail sector have for a long time claimed that the Living wage is too expensive to implement on the high street,” Moore continued.

“This move by Oliver Bonas demonstrates that whilst it‘s not always an easy choice for businesses to make, it is the right choice, and we hope that both staff and customers will support the leadership they are showing in their commitment to help end the low wage culture of the British high street.”

In other news, Justin King, former Sainsbury’s boss, has described the National Living Wage as “ludicrous”, and claims it will “destroy jobs”.

During a discussion on BBC Radio 4’s The New Workplace, which will be aired at midday today, King argued that the new wage could be “10% or 15% higher” than the current minimum pay by 2020, and that this is “not economically justified”.

“The new Living Wage is an essential part of moving to a higher wage, lower tax, welfare society,” a spokeswoman for the department of business said.

But King said “You can’t talk about productivity without recognising that one of the consequences of productivity is less people producing the same output. Companies will invest in more productivity and as a consequence there will be less jobs.”