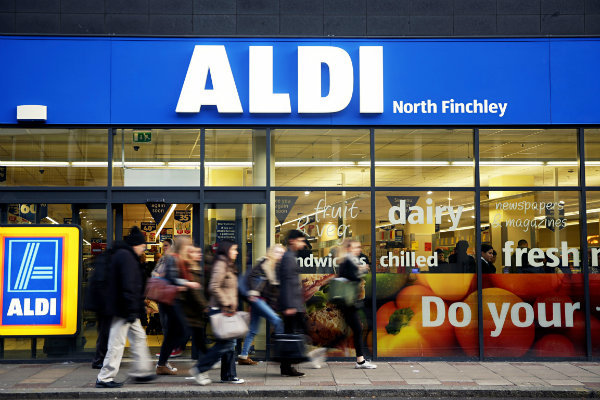 Already credited for its treatment of staff and generous wages, the German discounter Aldi has pledged to increase minimum rates of staff wages further. The retailer has publicly confirmed that as of 1 February 2016, all of its UK employees will be paid a minimum of £8.40 an hour and £9.45 an hour in London.

Aldi is the most recent, among rival grocers to announce these changes. Morrisons recently said that it will increase wages to a minimum of £8.20 from £6.83. Lidl has also upped to £8.20 an hour across England, Scotland and Wales and £9.35 in London.

Aldi has stated that prices will not be altered in order to fund minimum wage changes. This will also include an increase to â‚¬11.50 in the Republic of Ireland. Unlike other supermarkets Aldi also gives its employees paid breaks.

Hinton further stated that with price wars between grocers already at a significant height, their actions regarding staff wages are another way of giving them an edge over their competitors.

The discount retailer opened its 600th store in Cardiff earlier this month and plans to recruit and train over 600 apprentices during an 18month period beginning January 2016.

Aldi has reported that it is firmly on track to achieve its target of 1000 stores by 2022.