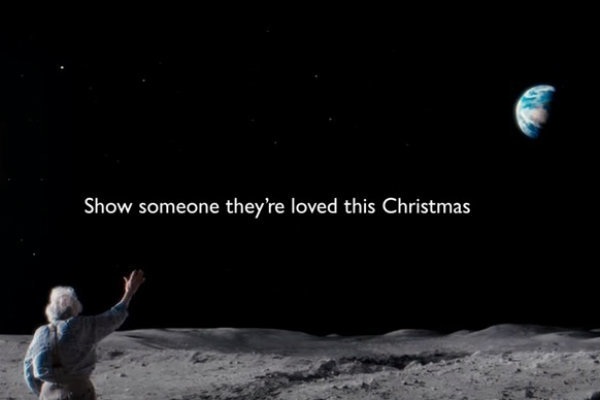 Amid increasing hype around John Lewis‘s seasonal advertisement, which has come to mark the beginning of the Christmas shopping season for many, the 2015 ad was launched this morning.

The campaign that landed at 8am online centres on a little girl reaching out to an isolated and distant elderly man #OnTheMoon.

Since 2011 John Lewis have produced hugely successful seasonal advertisements including Monty the Penguin, The Bear and the Hare, and For gifts you can’t wait to give, all of which have tugged at the nation‘s heartstrings and exemplified the power of thoughtfulness at Christmas. This year is no different.

Rachel Swift, Head of Marketing at John Lewis said that, despite the hype, John Lewis has stuck to the same strategy for the last five years. “It‘s all about thoughtful gifting and going the extra mile for someone you love at Christmas. We don‘t go into it thinking, ‘This is going to be huge,‘ just getting something right for the brand at this time of year and something we hope customers really love.”

This year the department store chain has put a charitable spin on its campaign by joining together with Age UK to raise awareness for the number of people who find themselves alone at Christmas.

The 2015 campaign‘s strapline reads “Show someone they‘re loved at Christmas”, which echoes Age UK‘s own campaign, “No one should have no one at Christmas”. Profits from three products – a mug, gift tag and card – will go to the charity.

“The charity really resounds with people at this time of year, and the ad … lends itself to thinking about someone who lives on your street that might not see anybody,” added Swift.

The advert will first reach the televisions of millions in a two-minute slot during Gogglebox on Channel 4 this evening.

Directed by Kim Gehrig, the woman behind the This Girl Can ads for Sport England, the advertisement cost £1m to make. The moon scenes were shot at the Warner Bros Leavesden studios near Watford.