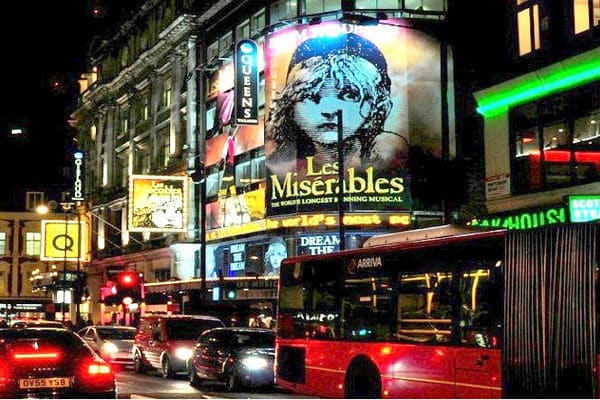 In what‘s being hailed as the “post-Brexit bounce”, retailers in the West End — which contributes more than the whole of Wales to the GVA every year — received £100 million per week last month.

The Oxford St precinct performed especially well with sales increasing 7.3 per cent year-on-year and a 6.5 per cent rise in footfall.

Luxury retail posted a massive 11.5 per cent rise in sales on last year, with Bond Str sales the highest in the area.

“Tourists looking to cash in on the weak pound have helped to alleviate, albeit on a temporary basis, some of the shockwaves that hit the economy following the Brexit vote.”

A significant portion of the rise in sales was attributed to tourism spend increases, with the weak sterling drawing an influx of visitors from China and the US.

Thirty per cent of the West End foreign spend is attributed to Chinese visitors — up 21 per cent from last year. The average tourist from China spent £1410.

Visitors from the US also contributed largely with a 44 per cent increase in tourism to the area, overall accounting for 10 per cent of foreign spend.

“It is reassuring to see growth in visitors from markets like the US and China, as well as a lift in average spend, and more significantly from Japan.”

Despite these strong figures many remain sceptical about the months to come.

A new business rates re-evaluation set for early 2017 will see the cost of West End retailers rise by a damaging 80 per cent, slashing profits by a quarter.

“The longer-term horizon once the process of leaving the EU gets underway looks less bright,” Tyrell said.

“Business rates revaluation in early 2017 will hit West End retailers‘ profits hard, by up to 25 per cent in some cases with retailers expected to manage an average 80 per cent increase which this will undoubtedly have a knock-on effect to jobs and investment around the UK.

“In the new post-Brexit environment the government should reconsider the conditions that previously informed this decision and instead look to support this critical part of Britain‘s economy that can make a huge contribution to the UK‘s economic wellbeing in uncertain times ahead.”