In July in Greater Manchester, local police unveiled the UK‘s first ever Parcel Exchange Zone, which did exactly what it said on the tin: people could visit the Zone and safely pick up parcels they‘d ordered online without having to give out their home addresses.

Manchester police spokespeople spoke of the initiative as a “simple solution to a modern problem” to combat the “many challenges of the internet age”.

But hang on – isn‘t online the be-all, end-all of retail? Apparently not, despite much of the past decade‘s media hype.

Could it be that we‘re finally seeing a resurgence of physical retail spaces following years of digital dominance?

eBay and Dyson are the latest in a long line of retailers confirming what many in the industry have suspected all along – online is undoubtedly powerful, but nothing quite beats the impact of having a physical presence for consumers when combined with a slick online operation.

Dyson chief executive Mike Conze‘s assertion that “[Dyson‘s] products have to be so good that if you try it you intuitively understand it” neatly underlined the key issue many customers and retailers have found with online-only shopping – the lack of touch, feel and try before you buy.

The trend of merging the online and offline worlds is something we‘re seeing more and more of – but far from regressing back to a time of queues, tills and receipts, we‘re seeing retailers using physical spaces in different ways than before, as a complement to their online offering. Dyson, for example, has said that its Oxford St flagship store will be more of a ‘showroom‘ than a shop, with ‘specialist assistants‘ in lieu of cashiers and tills tucked away out of sight in drawers.

Similarly, eBay‘s instore concessions in Sainsbury‘s stores would be a move towards allowing consumers to shop on their own terms, according to the company‘s director of EU advertising strategy, product and operations Phuong Nguyen, who added: “You can be the best on digital but sometimes a consumer just wants to touch and feel a product – that‘s the power of pop-up locations.”

This is key to understanding the renaissance of physical retail spaces – yes, online is indeed convenient, quick and efficient, but customers seem to have spoken in favour of a more holistic approach to choosing products; one which allows them to experience them physically as well as on a screen. It‘s not surprising that the retailers who are responding the fastest are ecommerce heavyweights like eBay, Amazon and Dyson, which have lorded it over the ecommerce arena for decades and therefore have an intimate understanding of what makes the modern consumer tick.

In addition to being more convenient for the consumer, there are many practical problems that having a physical space could solve for retailers; the expensive matter of returns would be cut down if customers had the chance to experience items in the flesh before making a purchase; security could also be improved as Manchester‘s police department have demonstrated.

A physical space would also give brands a real opportunity to create visually striking reflections of their brand identity, which can be notoriously difficult to achieve solely online.

We can expect to see many more of these pop-ups, showrooms, and flagship 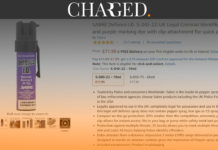 Amazon and Ebay will soon be forced to pay VAT on...

Amazon accused of “hypocrisy” as it faces continued outrage on social...