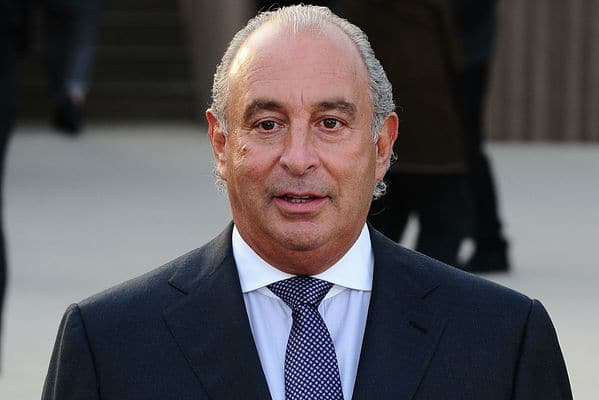 The future of Sir Philip Green‘s knighthood may not be known for a few more years as the forfeiture committee chairman confirmed they would wait for BHS probes to end first.

The head of the Honours Forfeiture Committee said the outcome of investigations by pensions and bankruptcy regulators into the retailer‘s collapse was important, despite political and widespread public support for Green to have his knighthood scrapped.

Green had owned BHS for 15 years as part of his Arcadia Group retail empire before selling it to serial bankrupt Dominic Chappell for just £1 in March 2015.

The heritage department store chain collapsed just over a year later in April last year, leaving thousands out of work and a £571 million deficit in its pension scheme that affected approximately 22,000 people.

The Pensions Regulator and the Insolvency Service continue to carry out their investigations into the circumstances that led to BHS being placed into administration, and Green has grabbed headlines for his alleged lack of cooperation in plugging the pension deficit from his own pocket.

Several weeks after the last BHS store shuttered its doors for good in the summer, the House of Commons accused Green of being an “asset-stripper” and MPs backed a motion urging the forfeiture committee to recommend his knighthood be “cancelled and annulled”.

However, forfeiture committee chairman Sir Jonathan Stephens told MP Frank Field – who co-chaired a parliamentary inquiry into BHS’ demise – the motion would be “carefully considered” but a decision would not be made until the outcome of the BHS investigations.

In a letter sent dated January 17 and seen by The Times, Stephens wrote: “I believe it will be important to ensure any consideration of Sir Philip’s case by the forfeiture committee should have the benefit of the findings of the independent inquiries into BHS by the relevant regulators.”

Field told The Times: “I don’t think justice delayed is justice denied. I think we should be proud of our system.

Earlier this week, reports indicated that Green was finally closing in on a deal that would see him shell out £350 million to fill the pension deficit of former BHS staff.

According to Sky News, a preliminary deal could be announced within days.

Green was knighted by the Queen for services to retail in December 2006.