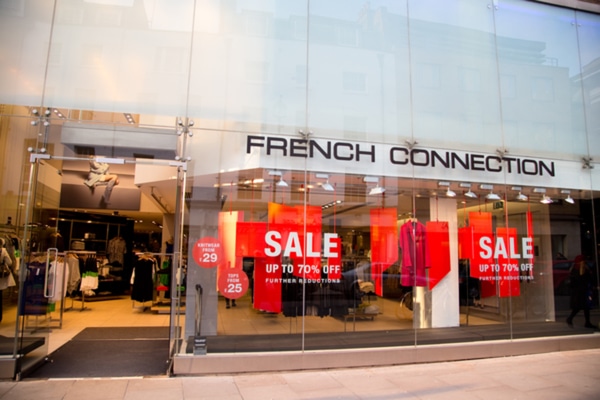 A shareholder of French Connection has called for the break-up of the embattled retailer after it recorded a full-year loss for the fifth consecutive year.

Revenues at the French Connection Group – which includes the eponymous high street chain, Toast, Great Plains and YMC – dropped by 6.7 per cent to £153.2 million for the year ending January 31.

In that same period, the company recorded an underlying operating loss of £3.7 million, compared with £4.7 million in 2016.

In the UK and Europe, retail like-for-like sales grew 4.4 per cent against the previous year and the two regions accounted for more than three quarters of French Connection Group‘s revenue.

However, retail revenue across the group dipped by 4.9 per cent to £87.9 million and average space fell 11.7 per cent.

Meanwhile, ecommerce sales went up by 12.7 per cent while wholesale revenue dropped 9.1 per cent.

The group also shut down nine stores, ending its financial year with 124 directly-operated stores and concessions, and 285 franchised, licensed and joint venture locations.

The company has closed another two stores since February and an additional six stores are earmarked for closure this year.

French Connection has been under pressure from activist investor Gatemore Capital Management – which hold an eight per cent share in the retailer – to explore a sale, replace board members and fior Stephen Marks to split his role as chief executive and chairman.

As the full year report was released this morning, Gatemore said the “disappointing” results meant the company needed to be broken up since the sum of its parts is “around two to three times greater than the whole”.

“The (French Connection) brand alone is worth, by our estimates, upwards of £84 million or, 12 times annual licensing revenues of £7 million,” said Liad Meider, managing partner and chief investment officer at Gatemore.

The investment firm is also urging the company to speed up its store closure programme, particularly with the sale of the Oxford Street flagship lease in London.

“By our estimates, the business should be worth between £80 million and £100 million. The company clearly has a number of strategic alternatives available, and we would argue that the board is in breach of their fiduciary duty if they are not pursuing them.”

Meider also called the board a “mockery of modern corporate governance”.

Despite this, Marks said the company experienced an improvement in performance, but the wholesale and licensing divisions, especially in the first half of the year, has held it back.

“The noticeable improvement we have seen during the second half and into the new financial year leads me to believe that we are moving in the right direction,” he said.

“The reaction to this year‘s collections has been very strong so far with sales both in our stores and wholesale customers up on last year.

“It is early in the year and we have a considerable amount of work to do to take the group back to profitability although I believe that the actions we have taken and continue to take, will go a long way to achieving that goal this year.” 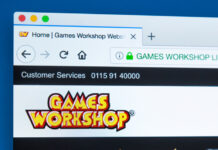