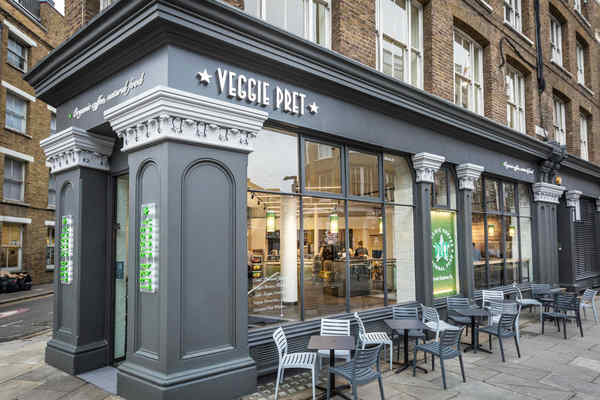 Pret A Manger has this week opened the doors to its second vegetarian-only shop in the east London district of Shoreditch.

Located on Great Eastern Street, the second Veggie Pret follows the success of the food-to-go retailer‘s first vegetarian offering that opened on Broadwick Street, Soho last June as a pop-up.

The Soho store was later turned into a permanent fixture due to high customer demand.

As well as featuring a selection of favourites from the first Veggie Pret, both Shoreditch and Soho shops will today launch over 20 new recipes.

“We opened our Veggie Pret pop up as an experiment last year, never imagining it would be around for more than a month,” Pret A Manger chief executive Clive Schlee said in a blog last week.

“Customers have been asking for more vegetarian and vegan options and our chefs have been experimenting with new ingredients and flavours to meet the challenge.”