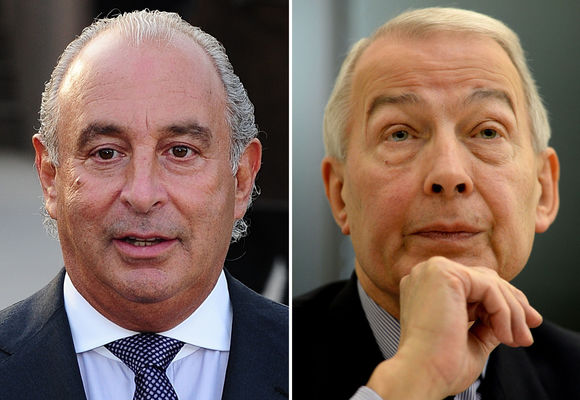 Sir Philip Green has defended his £363 million payout for the BHS pension deficit while accusing Labour MP Frank Field of using him as a “political football”.

The billionaire – who owned BHS for 15 years as part of his Arcadia Group retail empire – said Field had made “misleading statements” and was “disingenuous” for questioning the agreement struck between himself and the Pensions Regulator.

Earlier this week, Field said Green had not done enough to keep his knighthood and remained “on the hook” for the demise of department store chain.

BHS fell into administration a year ago today – just 13 months after Green had sold the chain to former bankrupt Dominic Chappell for £1 – affecting 11,000 jobs.

The event remained in headlines for months after a £571 million deficit was revealed in BHS‘s pensions and a parliamentary inquiry into the collapse of BHS ensued.

Around 19,000 pension holders have been affected by the BHS pension deficit.

Earlier this year, Green agreed to pay £363 million to plug the pension black hole after being urged to do so for months by MPs.

In a letter addressed to Field, he said he had honoured his pledge to “sort the BHS pensions issue”.

“I thought, clearly wrongly, that as chair of the Work and Pensions Select Committee you had some knowledge and understanding of the very complex pensions system and how it works. That is clearly not the case,” Green wrote.

“I also believe you have an obligation as Select Committee Chair to understand all the facts and therefore not misrepresent them or make misleading statements.

“I made a commitment to your committee that I would sort the BHS pensions issue. I have done what I said I would do and I have put the pensioners in a considerably better position than they would have been in had they stayed in the Pensions Protection Fund (PPF).”

He added: “I strongly object to your vindictive behaviour in using me as your political football.

“I don’t believe, in your role as chair of the Work and Pensions Select Committee, you should be abusing your Parliamentary position in this manner.”

When the settlement was announced, Field said it was “not justice, but it is a milestone”.

Meanwhile Pensions Regulator chief executive Lesley Titcomb said the deal was a “strong outcome for the members of the BHS pension schemes”.