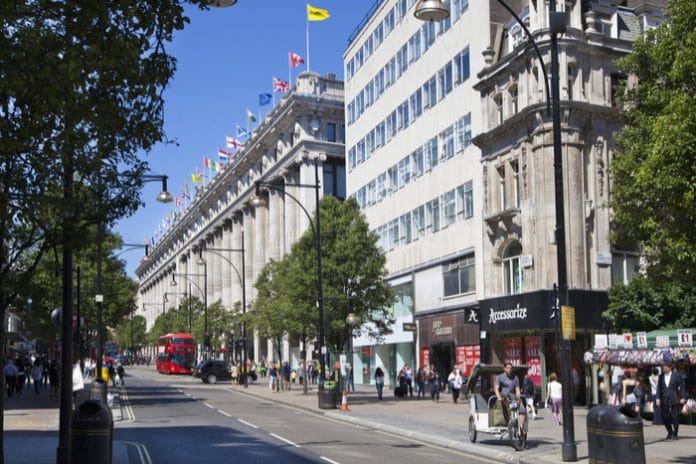 One in four retailers on London‘s Bond Street are reportedly considering relocating, as rocketing business rates and rents jeopardise the iconic street’s future.

According to The Guardian a quarter of the hundred top fashion brands on New and Old Bond Street, including Dolce & Gabbana, Hugo Boss, and DKNY have expressed their intentions to move elsewhere.

Despite the post-Brexit tourism surge driving a boost in luxury spending, many retailers simply can‘t afford to maintain the rates charged on the UK‘s most expensive high street. Ralph Lauren broke records last year by paying £2225 per sq ft for its Bond Street store following a rent review.

Paul Souber of property consultancy Colliers points out that new tenants are no longer required to pay “key money”, which used to see key brands handing over a lump sum on top of their agreed rent for lease rates.

“Those premiums are not achievable today,” said Souber told The Guardian.

“London is still a phenomenally strong shopping environment, but the market has cooled. Retailers are looking at their stores and asking do we need to be on Bond Street or should we go somewhere else and get more bang for our buck?”

The recent business rates reform has reportedly been a key factor in Bond Street‘s decline, requiring retailers to find and extra £160 million over the next five years according to data from CVS.

Recently the chief executive of Conran Design Group Thom Newton told Retail Gazette: “Business rate revaluations in early 2017 hit retailers‘ profits hard (with a typical store on Regent Street seeing its rates increase 50 per cent), this has negative outcomes for job security and investments in the UK. Costs will be passed on to both domestic and foreign shoppers.

“Furthermore this year, with the demands of a hard Brexit, the current political instability following the snap election and the terrorist activity affecting London, we will no doubt see cautiousness in tourism, which ultimately will have a knock effect on spend in the Luxury sector.”