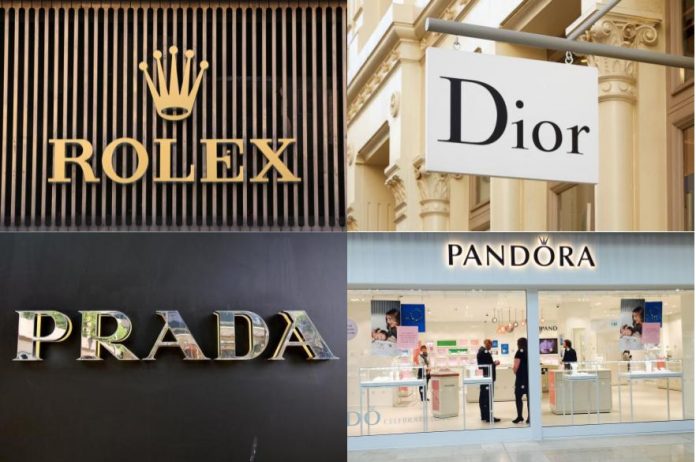 “Brexit was the best thing that happened to the luxury sector… but only in the short-term.”

Amid unprecedented uncertainty and seismic currency fluctuations, the chief executive of Conran Design Group Thom Newton pointed out that the most expensive side of retail is actually doing very well.

Few expected the referendum results, but fewer anticipated the influx of wealthy foreign spenders who have largely been responsible for the so called “Brexit-bounce” which propped up the economy in the immediate aftermath of the vote.

According to figures from Deloitte, the UK is the cheapest place to buy luxury goods by some margin. Furthermore, figures from Westfield suggest that Chinese tourists have doubled their spend on luxury goods in the last year.

“Chinese tourists are particularly motivated buyers due to the high tariffs and taxes on luxury goods sold in China and a strong Yuan,” Newton added.

“Currency strategists predict that sterling is likely to remain unstable until the UK’s Brexit deal is signed and sealed, so we can anticipate continued spending in Luxury from foreign visitors.”

It‘s clear that the sector is enjoying a boom in the wake of economic uncertainty, but with a model so reliant on the battered pound, how sustainable can this boom be?

“Our company is certainly on an upwards curve,” he said.

“Tourists come into the country with a lot more to spend against a weakened British pound, which means they‘re tempted to upgrade their purchase and spend more as a result.

“The luxury sector would need an almighty rise in the pound to hit the tourist industry, in my opinion.

“I think we’ll still have strong sales if we entered a recession. Any drop in UK spend would be buffered by an increase in international sales online, as well as tourists spending in our store.”

Furthermore, successful luxury retailers are more than used to fluctuations in currency, in fact it is their knowledge of navigating these that has allowed them to cash in on the current currency downturn.

READ PART ONE HERE:  Sector Wars: Will budget retail win the next recession?

“Further fluctuations in the Pound are likely to have an impact, but with the Pound remaining at lower levels following the UK election result this doesn‘t appear to be a trend that will change anytime soon,” he said.

“A Prime Minister hanging onto her majority by a thread and the start of Brexit talks seems likely to confine Sterling to the ranges of the last 12 months for now.”

“Of course international brands in this sector are wise to international currency developments. Luxury watch brand Hublot‘s CEO is reported in the press as saying they usually adjust their prices when variation moves over 10%.

“Rolex was reported to have increased prices back in November by 10% to compensate for the price differential for a Rolex in the UK versus other overseas markets.”

Despite the immediate future looking pretty rosey for the luxury sector, should the UK enter or continue a recession post-Brexit things could change.

Tourism is likely to experience a downturn in the wake of recent terrorist attacks, and despite being on strong footing right now, the luxury sector is not immune from the problems facing the retail industry as a whole. Many of which are brought on by the same factors that created the current boom, namely Brexit.

Newton argued that the luxury sector‘s confidence in its own future could soon be brought down to earth.

“The long-term view however is that luxury retailers will face challenges,” he added.

“Brexit will likely result in EU based retailers facing complexities and higher costs due to increased trading barriers, as well as high import duties and taxes on items that are made in other European countries.

“Business rate revaluations in early 2017 hit retailers‘ profits hard (with a typical store on Regent Street seeing its rates increase 50pc), this has negative outcomes for job security and investments in the UK. Costs will be passed on to both domestic and foreign shoppers.

“Furthermore this year, with the demands of a hard Brexit, the current political instability following the snap election and the terrorist activity affecting London, we will no doubt see cautiousness in tourism, which ultimately will have a knock effect on spend in the Luxury sector.”