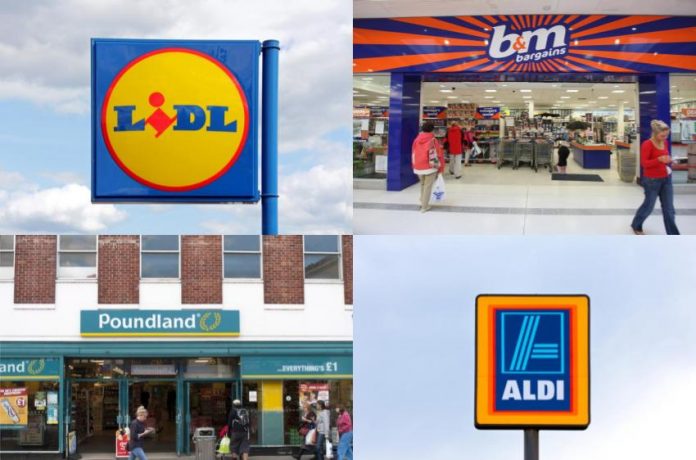 When budgets are tight for consumers, it is natural that budget retail will increase in popularity. However, due to the weakened pound putting retailers on an equally tight budget, the sector is perhaps worst positioned to deal with financial obstacles.

However, many would argue it is already in the midst of a boom.

“I would say from a sales perspective, yes they are (in a boom),” JML chief executive Ken Daly told  Retail Gazette.

“The likes of B&M would be the one that comes to mind, they‘re doing extremely well. The likes of Poundland just reported strong sales growth, too.

“People like Lidl and Aldi are absolutely booming as well as people move away from the middle sector.

“The stigma that there used to be perhaps for shopping in the budget sector has completely gone. A frequently cited example is you‘ll look in an Aldi car park and see executive cars because there‘s no stigma.

“The weak pound and inflation are two of the biggest threats to the budget retail sector.”

This shift in attitude towards the budget sector in retail has been growing for nearly a decade, long before the current financial problems began to be felt.

Although the budget sector largely emerged as the winner from the last recession, budget retailer‘s margins are by nature far tighter than traditional retail outfits. With the weakened pound this could prove to be their Achilles heel.

Menzies’ head of retail Robert Lobue believes many budget retailers have a tough decision to make.

“The weak pound and inflation are two of the biggest threats to the budget retail sector,” he said.

“Many of these stores source their products from far east countries such as China, which is why their prices are so low, however the fall in the value of the pound means costs will increase.

“Stores have to decide whether to pass these increases on and accept eroding margins in the hope of keeping sales high. It‘s especially hard for some stores whose selling strategy is based on a fixed price for many of their products, making it harder to make price rises.”

Prices are not the only thing affected by the weakened pound. Many budget retailers rely on a foreign workforce who, as Newton‘s associate director Nick Huismans argues, will have far less reason to come to the UK.

“It will have upward pressure on labour costs — a large component of UK retailers‘ cost base,” he said.

“The UK retail industry relies heavily on migrant workers to function, and a weak pound makes the UK a less attractive place to work than countries with a stronger currency.

“Therefore, even UK-produced goods will have upward price pressure if they rely on migrant labour to produce, distribute and sell it.”

The weak pound also means that consumers have less money in their pockets. This week, a study by Visa found that consumer spend dropped for the first time since 2013 —  a scary prospect for retailers.

Although Daly predicts this will mean shoppers transition from mid-market to the budget sector, FinnCap’s head of consumer research Roger Tejwani believes attitudes have changed.

“Traditionally, a downturn in consumer spending would be accompanied by trading down across retail and leisure categories,” he said.

“However, increasing competition in both non-discretionary (grocery discounters) and discretionary retail (fashion retailers) in recent years has capped pricing power, giving consumers some headroom to increase their spend on leisure activities.

“Consumers have thus become accustomed to ‘affordable luxuries’, increasingly seeing them as habitual spend, and a downturn in spending this time around may see them spend less on buying goods whilst maintaining spend on leisure activities.”

The budget sector’s recent success follows from its fortune during the last recession. Unlike the credit crash, big retailers (those that survived) now have a plan in place to combat the looming recession.

Lobue thinks it is their actions, not the discounters‘, that will determine the winner of the next recession.

“In recessions, consumers are more receptive to discount propositions so budget retailers tend to thrive,” he said.

“They were definitely the winners of the last recession but a lot will depend on the reaction of the larger stores and whether they decide to slash their prices.

“The success of the discounters will have caught the eye of the bigger firms and it would be disappointing if they didn‘t have a strategy in place should we enter a new recession.”

The ongoing price war between large retailers and discount stores, especially in the grocery sector, will have taught the giants that there is more to success than low prices. Discounters have been able to chip away at the market share of larger retailers, who all but match them on price.

Huismans argues there is much more to the budget sector’s recent rise than dropping prices.

“I don‘t believe there are many areas of retail where price alone will be the dominant factor, even in a recession -although it is still very important,” he said.

“Lots of media attention is placed on incumbents who fail to change fast enough. However, there are also encouraging signs of retailers taking bold risks (and succeeding) to provide more variation in retail and responding to consumer‘s desires for enticing and simple shopping experiences.

“These surges of change typically occur during a downturn and a lot of the recent high-profile innovation has been in the budget sector, so it‘s easy to conclude that downturns are good for the budget sector.

“In reality, downturns are good for agile retailers who can adapt quickly.”