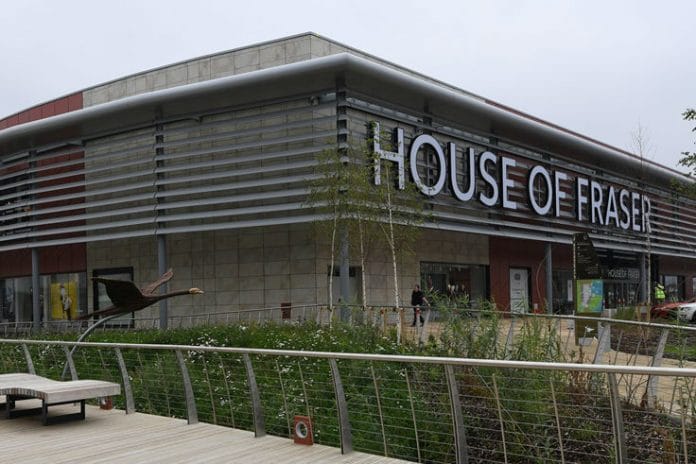 House of Fraser has recorded widening losses and a drop in like-for-like sales in its half-year report, as the cost of its transformation scheme begins to bite.

Despite this, new chief executive Alex Williamson said there was “much to be optimistic about”,  as the department store retailer was in the process of building “the right foundations” to help meet its ambitions for sustainable profit growth.

for the 26-week period ending July 29, House of Fraser’s total gross transaction value  was £545.8 million, while like-for-like sales declined by 5.2 per cent compared to the same half-year period last year.

Meanwhile,  online sales were down 9.8 period for the period and gross profit went down from £207.2 million to £196.9 million year-on-year.

House of Fraser said its half-year sales and profits had been impacted by womenswear stock clearance and website transformation costs.

The retailer  launched its Transformation Programme earlier this year, based on three key pillars: product, customer, and infrastructure – and with an overarching objective of transforming its interaction with its customers to one that is experience-focused rather than simple transactions.

Part of the programme included a  £25 million investment in re-platforming its ecommerce business, which took place in April. A restructure of its online team also took place, leading to 10 job losses.

While House of Fraser said its ecommerce division is now doing well, sales were significantly disrupted in the immediate aftermath after the new platform’s launch, which impacted sales and profitability in the first half.

In addition, the business transformed its womenswear house brand range in its first half, which comprised of terminating five existing brands and re-launching the remaining four with new collections for autumn/winter 2017.

As part of the womenswear transformation, House of Fraser engaged in significant discounting activity to clear legacy house brand stock, which also impacted its half-year profit and sales.

The department store chain also splashed out £18 million in its distribution centre to increase capacity, drive operational efficiencies and improve profitability, and also  opened a brand new store for the first time in nine years in Rushden Lakes in August.

Also during the first half, Alex Williamson began his tenure as House of Fraser’s new chief executive while Michelle Maynard was appointed as the new chief people officer.

“My observations after a few weeks are that since Sanpower acquired the business in 2014 the primary focus has been on stabilising an enterprise that had been starved of investment for many years,” Williamson said.

“Whether it be refinancing the business, the investment of over £100 million in capital expenditure since the acquisition or a root and branch upgrade of the executive team, much has already been done to prepare us for significant transformation.”

He added that the transformation of the last six months was only the start of House of Fraser’s “journey”, with more projects in the pipeline.

“I am excited about what lies ahead for the business and I am optimistic for the future,” Williamson said.

“With the support of Sanpower, we are building the right foundations that position us well to deliver on our ambitions for sustainable profit growth.” 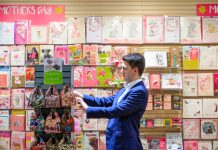