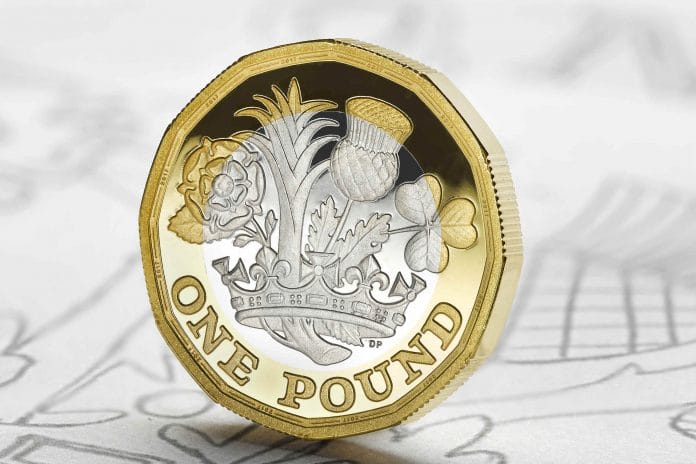 Poundland has joined 170,000 small retailers across the country in ignoring the Royal Mint’s deadline to stop accepting old £1 coins.

From Sunday, October 15, shops will no longer be allowed to hand out round £1 coins as change and they also have the right to refuse them as payment.

Shops – which are able to bank old £1 coins long after this date – can still accept the old coins after Sunday if they choose to.

However, the Royal Mint and the Treasury have said they want to avoid potential chaos and want a “clean break”.

The new 12-sided £1 coin came into circulation in March in an attempt to combat counterfeits, and businesses have been given six months to adapt it.

It is thought that 500 million round £1 coins remain in circulation.

Poundland and the  Federation of Small Businesses (FSB), a trade association representing small businesses, have confirmed they would continue to accept the round £1 coins after they cease to be legal tender on Sunday, despite warnings it could lead to chaos.

FSB said the changeover period was “fairly short” and advised its members to continue taking the round £1 coins in order to provide a “useful community service” to customers.

“Shopkeepers will be aware that the Royal Mint has this deadline but at the same time they will not want to let their loyal customers down by saying they cannot pay with a round pound if they do not have any other change,” a spokesman said.

“It would help if small firms knew they were allowed a short transition period to collect the old coins if they wish to and are willing to bank them, but not give out to customers.

“This would provide a useful community service, allowing customers a few weeks to get rid of the final few pound coins in circulation.”

Meanwhile, Poundland said its decision to ignore the deadline was a “no brainer”.

“Providing an extra convenience for shoppers to lighten their pockets while doing the weekly shop rather than making a separate trip to the bank or post office will come as good news,” managing director Barry Williams said.