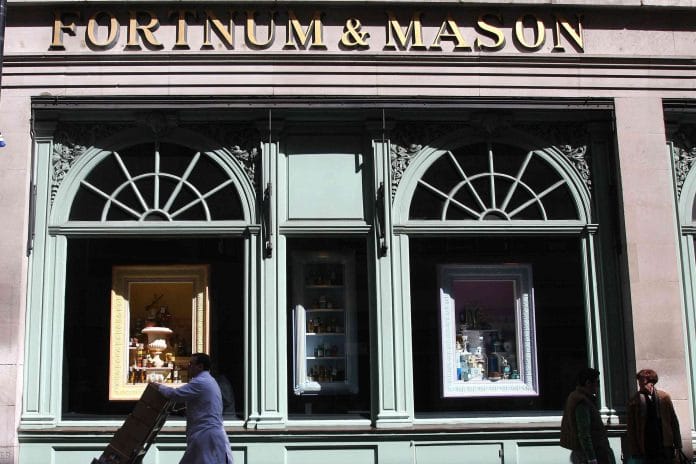 Iconic department store Fortnum & Mason has defied challenges that have plagued the high street this year by posting its fifth successive year of double-digit sales.

The heritage retailer recorded a year-on-year sales increase of 14 per cent for its fiscal year ending July, with net sales of £113 million being its best on record.

Fortnum & Mason said its sales was boosted by a 17 per cent growth in online revenue, which consisted of deliveries to more than 120 countries worldwide.

The retailer said it also experienced an uptick of domestic customers both online and at its stores in London, and 82 per cent of its overall turnover derived from products manufactured in the UK.

Fortnum & Mason also launched a new apprenticeship scheme that has 25 people already in position, invested in the creation of 49 new full-time jobs, and £7 million was spent to improve and develop its infrastructure.

In addition, the brand opened a new outlet in South Korea and a further three are slated to open in 2018.

“I am particularly thrilled by the rise in domestic consumers over the past year,” chief executive Ewan Venters said.

“Customers who care about the taste, quality and sustainability of their food are coming to Fortnum’s in increasing numbers, be it in our stores or online.”

Fortnum & Mason chairman Kate Hobhouse added: “We are particularly proud of our British heritage, and I am delighted that we are helping many artisanal businesses in all corners of the nation.”

Venters and Hobhouse said they anticipated the Christmas trading period to be its busiest and best on record.