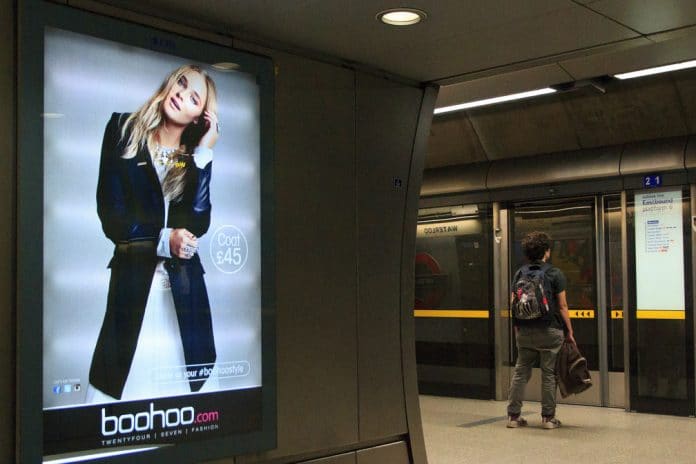 Boohoo has outpaced the struggling fashion sector after posting record sales across all of its brands over a “highly successful” Christmas trading period.

In the four months to December 31, the online fashion retail group saw revenues grow 100 per cent across all its markets, wracking up £127 million in net cash.

Gross margins for the period also shot up 52.5 per cent.

Between the group’s three separate fashion brands, PrettyLittleThing pulled ahead, enjoying a revenue rise of 191 per cent to £73.8 million, while revenues for the year to date skyrocketed 232 per cent to £146.4 million.

Gross margins for were also above the group average at 55.3 per cent.

Meanwhile, the eponymous Boohoo brand’s revenues jump 25 per cent to £142.6 million, alongside a gross margin of 50.7 per cent. This was down 240bps due to planned investments in customer proposition.

The strong performance has encouraged Boohoo to raise its financial expectations even further, now expecting group revenue growth to hit 90 per cent, up from previous estimates of 80 per cent and having stood at 60 per cent before September.

Adjusted EBITDA is now expected to come between 9.25 per cent and 9.75 per cent, narrowing the range from the previous guidance of between nine and 10 per ent.

“We are delighted to report another set of strong financial and operational results, with record sales in the four months to December across all our brands,” joint chief executives Mahmud Kamani and Carol Kane said.

“The Black Friday period was our most successful ever and we traded well throughout the period under review. Boohoo has continued to perform well, delivering strong revenue growth on increasingly challenging comparatives last year.

“PrettyLittleThing has continued to deliver exceptional results and Nasty Gal is making excellent progress in its first year.

“Our focus remains on the customer proposition: offering the best range of the latest fashion at affordable prices, coupled with great customer service.”