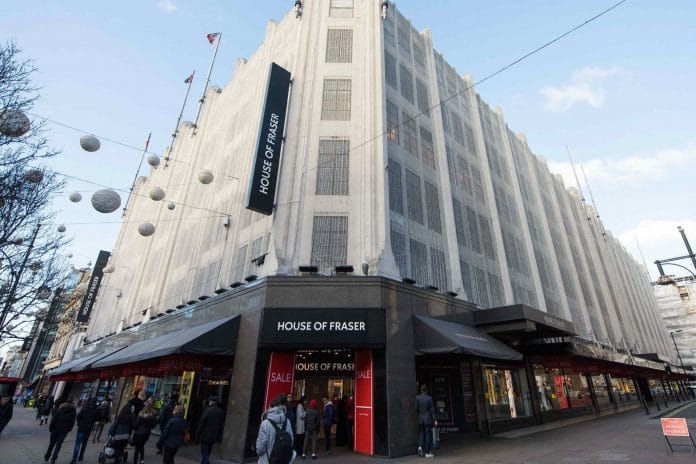 The Chinese firm which has a majority ownership in House of Fraser has confirmed plans to offload most of its stake to another Chinese firm.

Earlier today, a Chinese stock exchange filing indicated that Nanjing Xinjiekou Department Store Co – or Nanjing Cenbest – was poised to sell off most of its holdings to tourism development company Wuji Wenhua.

In a statement circulated this afternoon in response to the news that broke on Bloomberg, Nanjing Cenbest confirmed it was in “advanced discussions” with Wuji Wenhua, with a view for the latter to invest in the British department store chain.

“And although Nanjing Cenbest and Wuji Wenhua are still in discussions, we believe that Wuji Wenhua can be a strong strategic equity partner as they possess vast experience in the leisure sector and have access to a large network of travelers.”

Nanjing Cenbest – a subsidiary of Sanpower Group, which acquired House of Fraser in 2014 – also hailed the potential collaboration as a strategy that could “further internationalise” the retailer.

“We will notify interested parties in the ensuing period of time if Nanjing Cenbest and Wuji Wenhua reach an agreement.”

A House of Fraser spokesperson added: “This will have no impact on the day-to-day operations or strategic development of the House of Fraser business in the UK and Ireland. It is business as usual.”

The talks comes amid a turbulent time for House of Fraser, which recorded a slump in Christmas sales, had its credit rating downgraded, and most recently, drafted in Rothschild to help refinance its debt package.

Nanjing Cenbest is one of the top 10 department store retailers in China, where it operates both the Xinjiekou fascia and Chinese House of Fraser stores.

According to Bloomberg data, Sanpower Group has a 27.32 per cent stake in Nanjing Cenbest.

So far it has only opened two.

The remaining 11 per cent stake in the retailer is owned by Sports Direct founder and billionaire Mike Ashley.