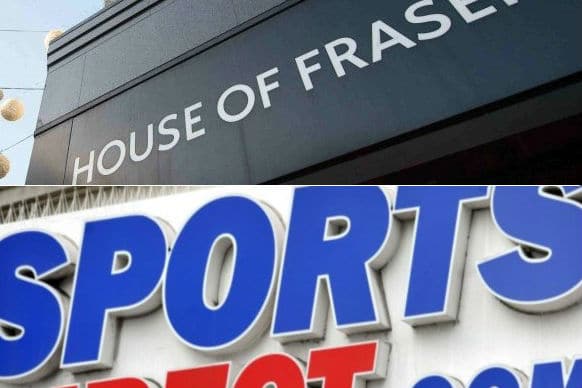 Sports Direct is set to sue House of Fraser over claims it is being unfairly denied access to information linked to House of Fraser’s company voluntary arrangement (CVA).

Sports Direct, which has an 11 per cent stake in the department store chain, is demanding to see House of Fraser’s corporate plans after it last week announced it would launch a CVA in June, which could see it close down almost a third of its 59 stores and seek to reduce rents on others.

Sports Direct alleges that it has been “frozen out” by House of Fraser’s directors, prompting it to file a petition at the High Court on Friday.

The legal filing sought an injunction requiring House of Fraser to provide Sports Direct with a copy of its corporate plan.

The petition also sought an injunction requiring the department store to provide any other information that part-owner West Coast Capital requested.

“We have been frozen out by House of Fraser,” Sports Direct head of strategic investments Liam Rowley said.

“Their dealings in China are opaque, and it is blatant that we have been unfairly prejudiced.

“We have no option other than litigation to protect the interests of Sports Direct and its shareholders.”

After weeks of speculation, last week the department store confirmed it would launch a CVA in the summer as part of a transaction with C.banner, the parent company of toy retailer Hamleys.

C.banner entered into a conditional agreement with House of Fraser’s majority owner Nanjing Cenbest to acquire a 51 per cent stake in the business.

Meanwhile, the CVA is subject to creditor approval and the store restructuring is expected to conclude in early 2019.

At the time of the CVA announcement, Slevin said the latest developments for House of Fraser would help secure its long-term future and that C.banner’s investment was a “vote of confidence”.

Nanjing Cenbest had been looking to offload some of its 89 per cent stake in House of Fraser since March, and at one stage was in talks with Wuji Wenhua, a Chinese tourism company.

Sanpower had also already pumped £30 million into House of Fraser and its leader has said it is committed to turning the business around, but speculation about a CVA first emerged when the retailer called in KPMG in April to discuss a restructuring strategy.

House of Fraser also announced a string of troubling financial news since the start of the year, including a 2.8 per cent drop in sales over the vital Christmas period.

The news comes amid a dark year for UK retail so far, with Mothercare and Poundworld reportedly mulling a CVA, while Carpetright, and New Look are pushing ahead with large-scale store closures and job cuts.

Other high-profile casualties this year include Maplin and Toys R Us.