Booths has more than halved its pre-tax losses over the last year despite posting falling sales.

Despite this the retailer managed to significantly reduce is pre-tax losses after a worrying performance last year, seeing losses of £5.53 million compared to £13.5 million a year prior.

While it blamed its stark losses a year earlier on repair costs after 2015’s storm Desmond and higher rental and wage rates, it said its decision to invest in core pricing and stimulate footfall had led to a “continued improvement in trading”.

“Following all the key changes in 2018, the company has established a stable trading platform that will support its ability to trade within a highly intensive, competitive and fragmented market,” the grocer stated.

“The investment in price alignment, along with expanding the choice and quality of Booths brand products, will give us the platform to improve performance along with a renewed focus on what makes our business special.

“The 2017/18 year was fraught with disruption, which created the opportunity to reimagine how Booths should grow as a reliable, responsive and attractive provider of high quality groceries.

“It was a year of two halves, with swift action to identify key issues and action taken to recover underlying performance, upon which we will now build to create a modern, fit-for-purpose Booths.” 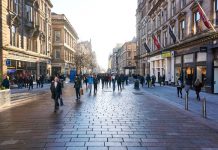 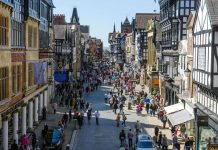