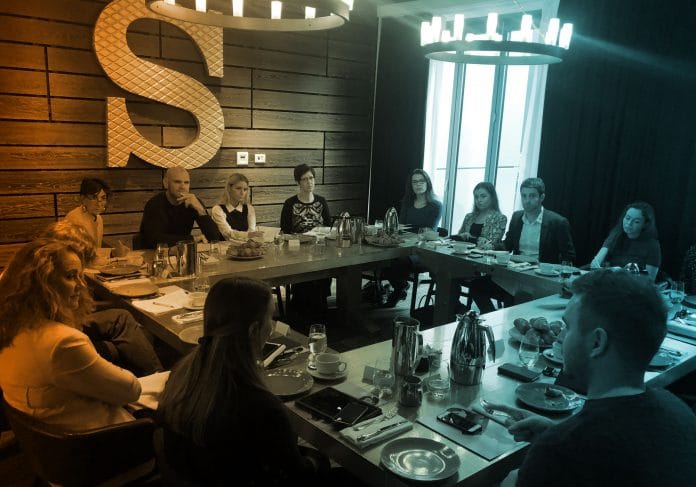 Global mobile commerce sales totalled $1.36 trillion in 2017 to make up 59% of e-commerce revenue, according to business intelligence group eMarketer.

The report released at the start of the year suggested a majority of first-time digital buyers are now completing transactions via mobile devices, and it predicted their purchase frequency and spend on mobile will only increase in the coming years.

Statistics from eMarketer show each region reported a growth in mobile’s share of e-commerce, with Western Europe seeing the percentage of e-commerce sales conducted on a mobile – be it app or mobile web – jumping from 31.3% to 35.4% year on year.

Considering the significant commerce opportunity presented to businesses if they get mobile right, it was perhaps no surprise that retailers from multiple sectors met up to discuss the subject for a Retail Gazette event on 20 September.

A central theme of the conversation was around how digital-first retailers such as ASOS, Missguided and Shop Direct offer some of the most well-regarded mobile and app commerce experiences within the industry.

Shop Direct, for example, reported that in the last financial year it saw a 39.5% annual increase in orders from apps, mainly due to the growing popularity of its Very.co.uk fascia. App-supported purchases represented a quarter of total orders, with those using apps shopped twice as frequently as those who did not over the the year.

Fast-and-easy-to-use functionality, personalised messaging and clear support for app investment from senior executives are features shared by these businesses, according to attendees involved in the roundtable.

The same was said of Starbucks’ offering, which said recently that its app-based mobile loyalty scheme has 15.1 million active users in the US and 13% of total orders are made on the app’s mobile order and pay function.

A key distinction can be made here, though, with Asos, Shop Direct and Starbucks having spent years and millions of pounds/dollars building their mobile app commerce capabilities, supported by large teams of developers. Poq said it is helping retailers such as Missguided, Made.com, and Oasis/Warehouse compete in the mobile commerce space for a fraction of those costs thanks to its software-as-a-service model.

With peak season fast approaching, the retailers around the table discussed the need to have as many tools in their artillery as possible to drive conversions at such a crucial time of year.

Poq’s Peak Trading Report for 2017 shows that November accounted for 40% of fourth-quarter app revenue for UK retailers, growing by 134% year on year. The average app session in peak period was 62% longer than a mobile web session, it said.

Higher conversion rates were recorded at the start of the week following Black Friday – the day known as Cyber Monday – than on Boxing Day. Meanwhile, November was said to have been a bigger sales month than December overall.

For 2018, there are predictions of a ‘Black Month’ in November, where retailers push deals for a longer period to tap into consumers’ willingness to spend at this time of year. Several attendees around the table said they plan to stretch out the sales event in 2018.

During the roundtable discussions, Poq co-founder and COO Michael Langguth said: “Shopping is the fastest growing category in the App Store, and it’s partly because retailers understand they need to offer digital properties that compete with the likes of Facebook and Instagram, in terms of usability.

“And with so many consumers looking to spend in the coming months as peak season clicks into overdrive, getting a suitable app commerce proposition set up should be high on retailers’ list of priorities.”

Other roundtable attendees discussed how mobile apps provide a platform for significant customer engagement at peak trading times, with push promotions used daily in some cases during big sales events. One participant explained how apps allow retailers to offer a “more personalised” service to their customers, but added that it is crucial email and app communication are aligned so shoppers do not feel “bombarded” with information.

In the last quarter of this year alone, Argos and Currys PC World were among the big-name retailers to launch new apps or technological features into their apps using innovative technology viewed as crucial for building long-term customer relationships.

Argos has enabled Android users to make purchases from the retailer by speaking their commands into Google voice assistant technology. Currys PC World has launched an augmented reality app that allows users to view products in the space they would be positioned in the home, joining the likes of Ikea and Wayfair offering such a service.

The common theme with these new features, as is the case with so many digital innovations retailers are exploring present, is the need for a mobile app to host or facilitate the functionality prior to transaction. As retailers’ investment in technology to aid the customer experience continues at pace, the signs are mobile commerce apps will remain a central cog in the wheel.

Langguth commented: “The app is everything for some companies – just look at some of the rapidly growing businesses in banking, or specialised services such as Laundrapp, which have based their organisation on the model.

“And thanks to the API economy we find ourselves in, it’s possible for a retailer to pick and choose the technical or service-led features they want, and build it into an app that suits their target audience. That’s what we are seeing with the raft of retail technology innovation around mobile commerce right now.”

As that innovation grows, so too will app commerce sales. The eMarketer research said mobile commerce accounted for 6% of total global retail sales last year, but that is expected to double by 2021 as more and more businesses update their offering.