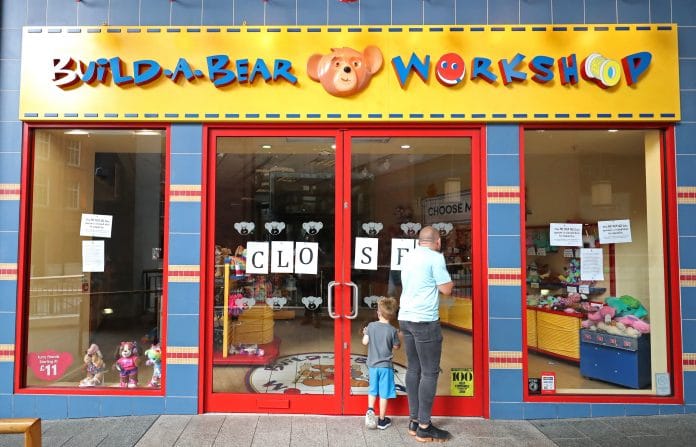 US-based toy retailer Build-A-Bear has lowered expectations for its full year revenue due to Brexit fears.

The retailer said Brexit and EU general data protection laws were some of the factors which would drive the slide in revenue.

“The sales decline will be largely isolated in the UK,” the retailer said.

Build-a-Bear’s North American full-year revenue is also expected to go down, with the retailer expecting a decline of about two per cent compared with the previous fiscal year.

Meanwhile, non-US sales from its stores in the UK, Ireland, Denmark and China are expected to see a 20 per cent decline compared with last year.

“The shortfall in our year’s results are largely attributed to the persistent and significant revenue and profitability challenges in the UK,” Build-A-Bear chief executive Sharon Price John said.

She added that EU privacy laws “impeded” the retailer’s marketing communications, and that declining footfall numbers in shopping centres had a “significant” bearing on their sales figures.

The retailer said it generated a total revenue of $364 million (£284 million) for a recast 53-week period which ended February 3.