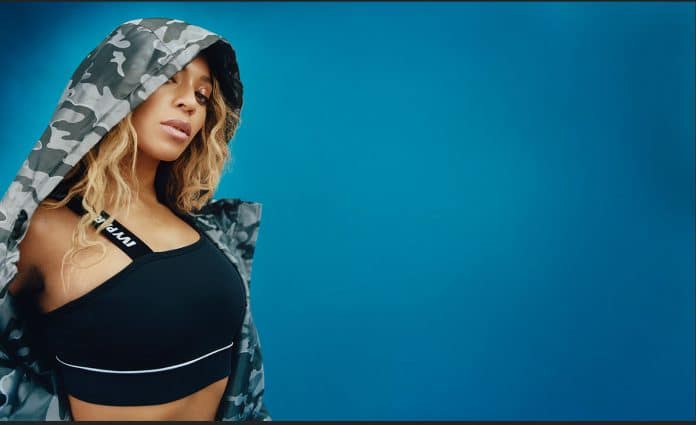 We’ve all seen fans queue up for concerts to see their favourite artists, but recently consumers have been waiting in line to see retailers present the latest celebrity-endorsed collections.

Some of the most high-profile celebrity collaborations in the past few years includes Beyonce’s Ivy Park for Topshop, Gigi Hadid for Tommy Hilfiger, Rihanna for River Island, Emma Watson for Burberry, Fearne Cotton for Cath Kidston and more recently, Elton John for John Lewis’ annual and much-hyped Christmas advert.

While people scurrying for clothing endorsed by celebrities is far from new, the rise of social media has elevated this obsession to new levels. It has helped connect consumers with the products swiftly, creating hype and therefore rapid sales.

That’s exactly how Asos, one of the world’s biggest fashion retailers came into existence. It name derives from its original acronym, As Seen on Screen, and the aim of the business was to link consumers with similar products to those seen on their favourite celebrities.

The social media manager of UK-based online jewellery retailer Gold Boutique, Louise Barber, admits to using celebrities to boost brand awareness and to “get its name out there in the public eye more”.

“When I am looking for celebrities to collaborate with, I always take into consideration their followers – if they relate to our target audience and also their social presence; how they come across overall,” Barber told the Retail Gazette.

“Working with celebrities creates a more trustworthy look for a brand, especially if the brand isn’t well known. A celebrity can really help bring that brand in to the retail light.”

Last year was nerve-racking and turbulent for the UK retail industry. Retailers were hit with some of the toughest trading conditions in modern history, and it doesn’t look like it’s going to ease up anytime soon for 2019, either. With that in mind, it can be argued that celebrity collaborations help retailers meet sales expectations because of increased footfall as well as increased purchases from celebrity admirers.

“Working with celebrities creates a more trustworthy look for a brand, especially if the brand isn’t well known.”

However, retailers are taking a risk by involving celebrities in their branding, simply because business reputations can be tarnished should a celebrity they’re affiliated with choose to publicly act or say something controversial.

“While the upside associated with a successful endorsement can be very meaningful, the risks associated with celebrity talent should also be carefully considered when selecting a brand ambassador,” said Janet Comenos, chief executive of research firm Spotted.

Although the celebrities’ reputations are in line with the brand they collaborate with, Edel Ryan, head of media and entertainment at JLT Specialty, believes the risk level depends on the individual celebrity.

“A celebrity such as Selena Gomez with a good girl persona could be viewed as posing a higher risk to brands because of her perfect image,” Ryan told Retail Gazette.

“If she unexpectedly stepped off the mark, Gomez’s behaviour could be considered shocking, versus someone like Johnny Depp who we have come to expect bad behaviour from.

“As the production value of an advertising campaign for a retailer is known to cost several million dollars, in addition to the brand ambassador deal thought to run into millions, the financial risk of a brand getting it wrong could be staggering.”

Meanwhile, Kantar UK managing director Jane Bloomfield argues that retailers must be quick to distance themselves should a scandal arise from an affiliated celebrity.

“In early 2016, when Maria Sharapova failed a drugs test, brands she had promoted such as Nike and Tag Heuer all distanced themselves from her within 24 hours,” she told the Retail Gazette.

“Celebrities can be dropped very quickly if negative brand associations are likely to be formed.

“The financial risk of a brand getting it wrong could be staggering.”

“Equally, celebrities will also drop brands if they risk damaging their personal reputation as was the case with Beyoncé and Topshop following staff allegations of unprofessional behaviour in the workplace by Arcadia boss Philip Green.”

Another risk that is usually underestimated by retailers is spending too much of their advertising budget on a celebrity campaign. Comenos believes this “is a very risky strategy and generally ill-advised”.

Despite the fact that consumers are exposed to dozens of marketing campaigns everyday, whether on the high street or online, Bloomfield argues that using a celebrity does not guarantee effective advertising.

“Overall, there’s very little difference between the performance of ads with celebrities versus those without,” she said.

She added that using celebrities for product endorsement can significantly help retailers to boost sales and prove to be a smart move, but only if retailers follow a few basic rules.

“This iconic British brand has a long and successful history of using celebrities in advertising campaigns to launch new clothing collections.

“The resulting ‘Holly Willoughby effect’ led to the store hitting record sales and having to restock as one ‘Holly Must Have’ was sold every two seconds.

“The brand recorded $72 million [£55 million] in earned media value – a measure of marketing success – in its first month of being on sale.”

Retailers that collaborate with celebrities are also opening up to new demographics, and this may prove effective because of the exposure, therefore increasing sales.

“There’s very little difference between the performance of ads with celebrities versus those without.”

Another important factor is social media and the huge role it plays in advertising retailers online. Celebrities are known to have a few million followers at the least, so their social media posts can sometimes have a higher engagement rate compared to adverts.

Martin Smith, a strategy director at marketing agency Twelve, said: “As celebrity culture becomes more accessible through social media, and as celebrities themselves become over-exposed and replaced so quickly, the value of endorsements for brands is as much about what a brand does with its chosen celebrity as it is about the celebrity themselves.”

Celebrity endorsements within retail can also help engage consumers nowadays as they tend to remember and acknowledge a retailer more if a celebrity is the face of the brand.

Retailers are aiming to connect with their consumers, especially as experiential retail is on the rise and customers are expecting more and more from shopping.

Mike Austin, chief executive of marketing firm Fresh Relevance, argues: “If a consumer sees a celebrity they like or respect advocating a particular product it might mean they are more likely to seek out that brand or item for themselves.

“It can help add glamour to your marketing and make it more engaging.” 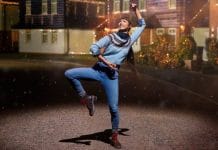 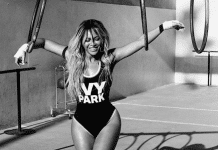 Adidas teams up with Beyoncé to relaunch Ivy Park