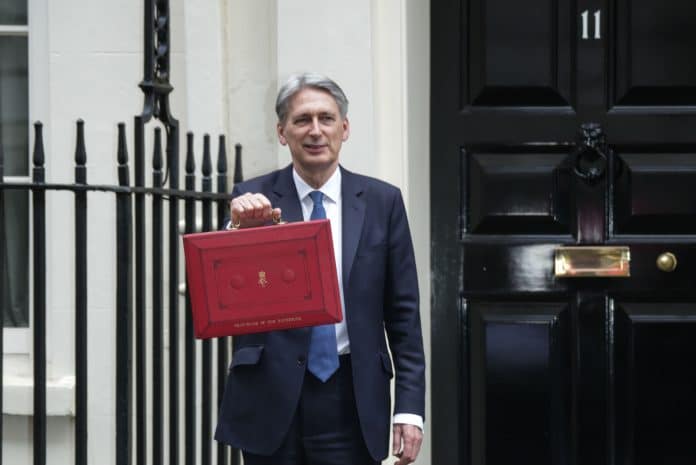 // Spring Statement did not feature any help for UK retail

Leading retail figures have criticised the lack of support for the industry in yesterday’s Spring Statement.

Chancellor Philip Hammond presented his spending plans for the coming six months to the House of Commons yesterday afternoon, but the retail industry was offered no reprieve.

The criticism was centred on the way retailers face a £186 million increase in business rates in April, as well as the ongoing challenges that plague the high street in general.

“It is disappointing that the Spring Statement does nothing to support struggling high streets at a time when they are weighed down by the twin burdens of skyrocketing business rates and Brexit uncertainty,” BRC chief executive Helen Dickinson said.

“The Chancellor has heeded our warnings that a no-deal Brexit would result in higher prices for consumers.

“However, it is not enough to be confident in a future deal and it will take actions, not just words, to make it so.

“Parliament must find a way forward that can command the support of both the House of Commons and the EU27.”

“With the ongoing uncertainty around Brexit and the challenging economic climate, the government should be doing everything in its power to support businesses.

“Yet at the end of the month business rates are set to surge by £45 million this year in London’s West End, hitting businesses at a critical time of change.

“As a major tourist destination, London’s West End plays an important role in supporting the UK economy, and penalising its businesses could have a severe knock-on effect across the whole country as retailers and restaurants look to cut costs elsewhere.

“We urge the government to look seriously at wider reform of business taxation to ensure that it is fair and does not disproportionately hit the high street.”

Robert Hayton, head of UK business rates at real estate adviser Altus Group, said the Chancellor “missed a golden opportunity” to help major retail businesses who are reducing their estates and headcount as a result of the current uncertainties, all of whom now face the highest standard tax rate since 1990 at over 50 per cent from April 1.

He added that the standard tax rate for business rates, which applies to all medium and large premises in England with a rateable value over £51,000, will rise by 2.4 per cent to 50.4p in England.

When the national business rates system was introduced in 1990, the multiplier was set at 34.8p.

The government had announced at the Autumn Budget a business rates discount of one third off the overall tax liabilities for those retail related properties with a rateable property value of less than £51,000 until the next revaluation comes into effect in April 2021.

This equates to a total two year tax cut of around £900 million, which the Chancellor said would provide an annual saving of up to £8000 for up to 90 per cent of all high street businesses.

Thousands of shops may never re-open after coronavirus lockdown

March 30, 2020
Zoovu has partnered with Retail Gazette to bring you the latest advice on what retailers should be focusing on during the COVID-19 crisis. Online sales...