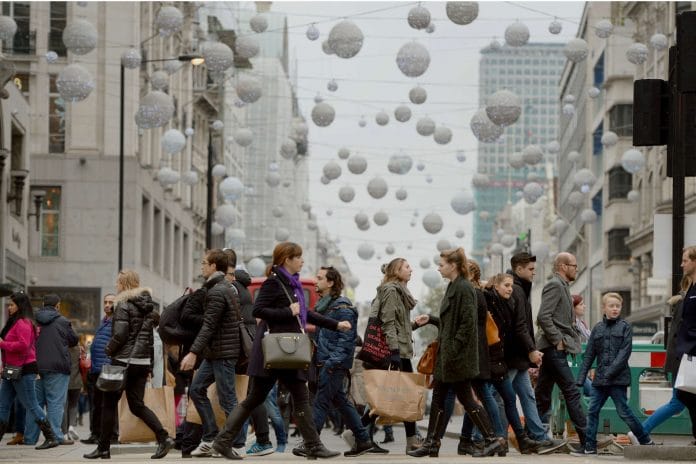 // March saw the the first year-on-year rise in footfall in non-food stores for two years, rising 1.6%

// Average weekly footfall was also up by 4.4% and was up across all parts of the UK

Footfall in the UK enjoyed a welcome uptick in March thanks to the warm start to spring and later timing of Easter.

According to the latest Retail Traffic Index from Ipsos Retail Performance, March saw the first year-on-year rise in footfall in non-food stores for two years, rising by 1.6 per cent since February.

Meanwhile, the average weekly footfall was also up on the previous month, growing 4.4 per cent and was up across all parts of the UK.

Meanwhile, the direction of travel in the three-month trend has been improving since May last year.

Although still negative compared to the same period the previous year, the gap has narrowed from 11.4 per cent to 2.3 per cent

“However, March 2018 also contained the ‘Beast from the East’, which decimated footfall by almost 30 per cent in the first week of the month.

“This year, average weekly footfall was up compared to February, the first time this has happened in a March that did not contain Easter since 2014.”

Denison added that the Brexit saga was having no direct effect on British consumer behaviour, placing him at odds with many industry analysts.

“Until a course of action crystallises and the consequences become understood, the ongoing Brexit saga appears to be having little direct impact on consumer behaviour,” he said.

“Retail continues to be a tough market and this week’s news about the fate of Debenhams is just another reminder, not that we need one.

“You have to feel empathy with retailers who have no clue yet as to which of their business scenarios, they have planned for, they will face in the months ahead.

“In the meantime, they just have to remain stacked and circling in business as usual.”