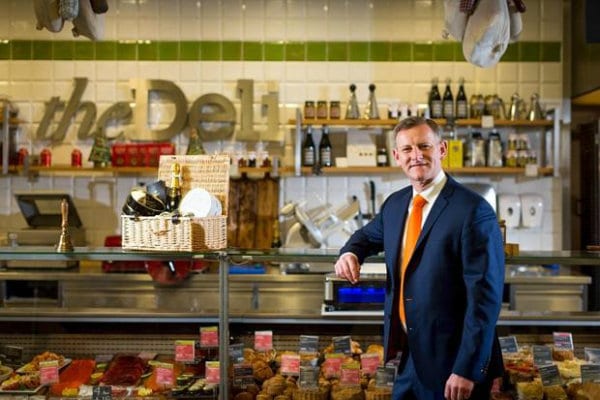 Marks & Spencer’s chief executive Steve Rowe will see a 48 per cent rise in his pay packet for the year, despite the retailer revealing its third consecutive decline in full year profits yesterday.

With pre-tax profit down 9.9 per cent for the year as the retailer’s restructuring plans take hold, all staff bonuses were cancelled across the company due to missed targets.

However, due to a long-term bonus payout of £621,000 relating to a target Rowe achieved in 2016, the chief executive will see his total pay for the year rise by 48 per cent to £1.7 million, compared with £1.1 million a year before.

Rowe also receives a car and a chauffeur as part of the pay package.

Chief financial officer Humphrey Singer, who joined last year, was also given a pay rise for next year of 2 per cent, taking his basic pay to £612,000.

Singer did not receive a car or chauffeur, according to the annual report.

Often thought of as the bellwether of British retail, M&S is currently in the midst of a major transformation scheme, of which Rowe said there were “green shoots”.

However, he admitted that performance was not consistent and had been hit by its store closure programme, wide-ranging revamp plan, and the late timing of Easter.

M&S yesterday confirmed it was closing another 85 full-line stores and around 25 Simply Food outlets on top of the 35 full-line branches closed in 2018-19 under the restructure.