// Consumer confidence nudges up in July, according to GfK’s longrunning index

// Overall index score stands at -11, an improvement on the -13 recorded in June

British consumer confidence nudged slightly higher for the month of July compared to the previous month, although it still wasn’t an improvement on last year.

According to GfK’s long-running Consumer Confidence Index, the overall score for July stood at -11.

This marked an improvement on the -13 recorded in June, but not when compared to July last year when the score was -10. 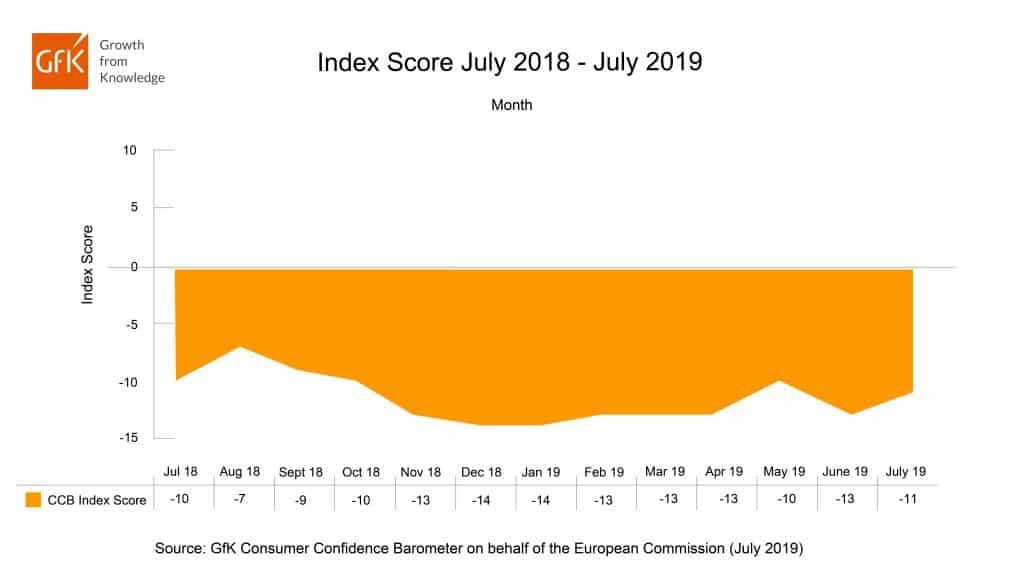 The overall index for this month was boosted by an increase in scores in five of the six sub-components measured.

The Personal Financial Situation Index for the last 12 months grew to a positive 1 from -1 in June, the same score a year ago.

Meanwhile, the same index but for the next 12 months jumped from 2 in June to 7 in July.

The Major Purchase Index jumped back into positive territory, coming in at 4 in July from -2 in June.

Finally, the Savings Index rose to 25 from 19 in June. 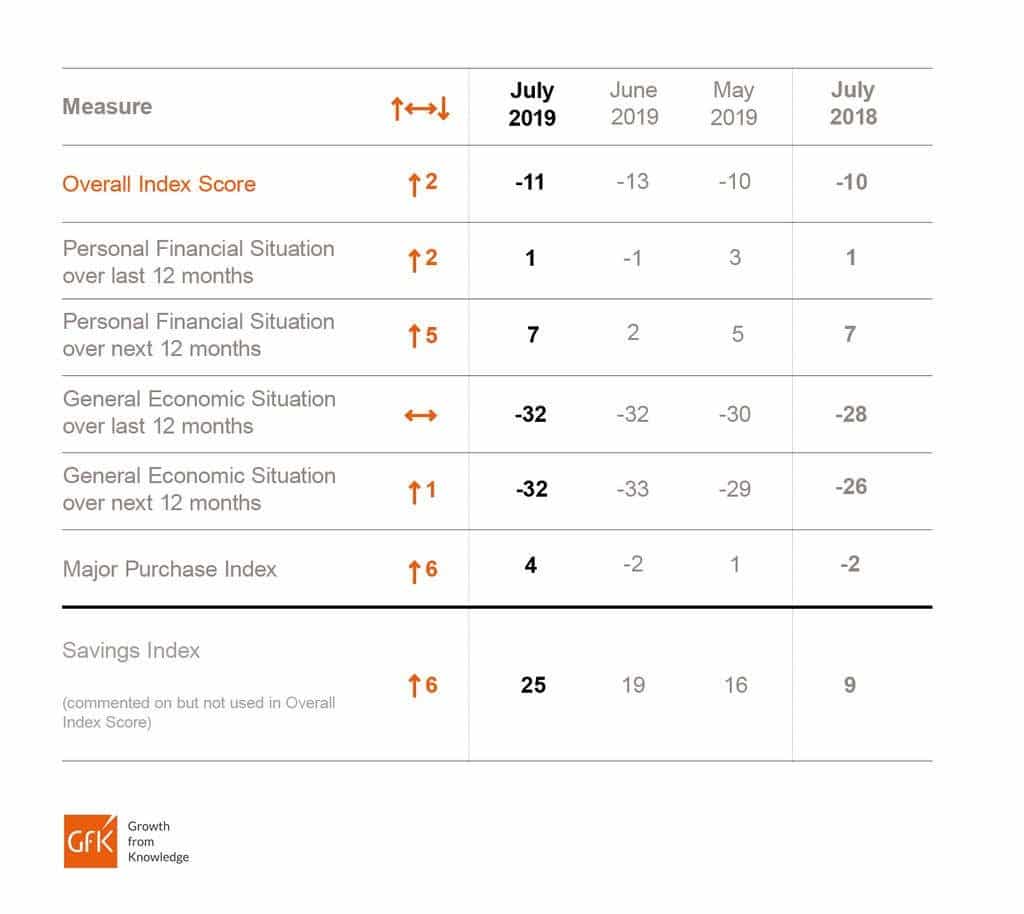 “Although it’s too soon to judge any impact of a post-Boris bounce, we can report a boost in attitudes to our personal financial situation in the face of low interest rates and day-to-day inflation, a buoyant labour market and growth in real wages.

“This confidence is further reflected in a six-point jump in the Major Purchase Index. This mirrors the ongoing resilience in consumer spending, a key driver of economic growth and stable retail sales figures.

“Consumers have generally been less affected by Brexit uncertainties than business since the referendum.

“However, the coming months to the October 31st departure date will test the strength of this confidence. Will consumers greet the Halloween Brexit deadline with hurrahs or howls?”