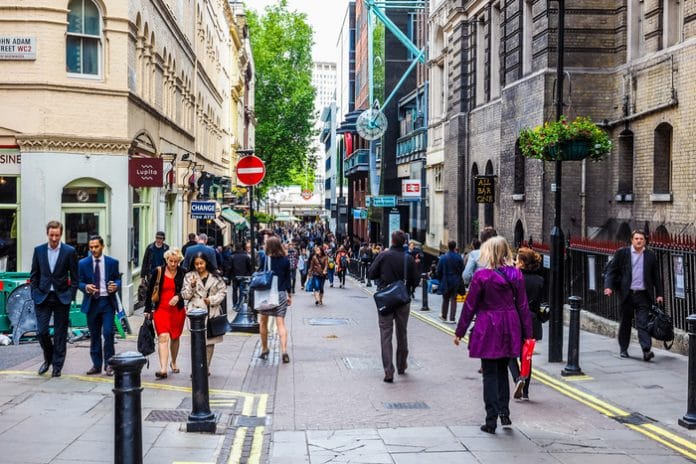 // Footfall declined by 1.3% in August, compared to the same point last year when it declined 1.6%

// High street footfall declined by 1.9%. Following from the decrease of 2% in August last year

Increasing nerves among shoppers due to uncertainty around Brexit has led to another decline in overall footfall across the country.

According to the latest BRC-Springboard Footfall and Vacancies Monitor, footfall to British shopping locations was down 1.3 per cent overall in August.

This compares to an already-low figures during the same month last year when footfall declined by 1.6 per cent.

On a three-month basis, footfall decreased by 2.1 per cent, which is worse than the six and 12–month average declines of 1.4 per cent and 1.7 per cent respectively.

The high street saw a decline of 1.9 per cent, compared with a two per cent drop in the same month last year.

Meanwhile, shopping centres experienced the most severe dip in visitors, with a decline of 2.2 per cent following August 2018’s decline of 2.4 per cent.

Only retail parks managed to attract more consumers, with footfall rising by one per cent compared to August 2018 when footfall increased by 0.3 per cent.

BRC chief executive Helen Dickinson said the downward trajectory was due to “increasingly cautious consumers” who are “holding back on discretionary spending” as uncertainty plagues the UK economy ahead of a looming Brexit deadline in October.

“There is little sign that the stresses on retail will abate any time soon,” she said.

“Stuck between weak demand thanks to Brexit uncertainty, and rising costs resulting from business rates and other public policy costs, many retailers are clearly struggling.

“The government should take the opportunity to reduce the heavy cost burden holding back retail investment.”

Despite the figures, August had the strongest footfall of the summer months – partly due to the hot weather over the Bank Holiday.

Springboard insights director Diane Wehrle said although consumer confidence was currently weak, the overall decline has been evident for over a decade.

“We must remember that declining footfall is a long term trend with annual increases being the exception rather than the rule,” she said.

“Indeed, footfall has declined in every year since Springboard started publishing its national data in January 2009.”

1/4 of shoppers “had a voucher that expired during lockdown” –...