// 52 per cent of the reported incidents go unpunished

New research has shown that the retail sector is plagued with 1000 shoplifting incidents per day, and more than half of them reportedly go unpunished.

Analysis of police data by Checkpoint Systems has revealed that UK retailers recorded 359,156 incidents of shoplifting in 2019, which equated to almost 1000 per day.

The data also showed that overall shoplifting slowed slightly in 2019 – down approximately three per cent year-on-year – but 17 of 45 police forces around the UK recorded increases in the number of incidents in 2019.

Stores in Kent, Wiltshire, Hertfordshire and Northamptonshire were also targeted more frequently by thieves over the last year, growing eight per cent, seven per cent, six per cent and five per cent respectively.

While the Metropolitan Police continued to respond to the most incidents of shoplifting compared to other police forces around the country – 43,146 in 2019 – the number has fallen for the second consecutive year and compared to 47,460 in 2017.

However, Leicestershire saw the biggest drop, with 21 per cent fewer reported thefts in shops.

In the period January – May 2019, the data indicated that just five per cent of shoplifting incidents resulted in the suspect being ordered to pay compensation, given a caution, penalty notice, fine, suspended sentence or prison sentence.

Difficulty in identifying a suspect was one of the main barriers to prosecution. Of the 4619 and 13,568 shoplifting incidents investigated by Cambridgeshire Constabulary and Northumbria Police respectively, 64 per cent were closed with no suspect identified.

The situation is similar in Bedfordshire  at 62 per cent, Surrey 61 per cent and the West Midlands at 59 per cent.

Meanwhile, a national average of 59 per cent had witnessed a security alarm going off with no action from store staff on more than one occasion.

Stores in the North East have the least responsive staff, with 66 per cent of customers witnessing one or more alarms with no response from staff. 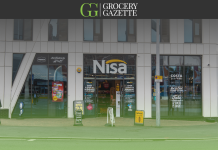