Lidl has opened its 800th store in Great Britain today as it pledged to invest more than £1 billion to expand over the next two years to help reach its target of 1000 stores by 2023.

The 800th store milestone comes after the discount grocer opened 50 new stores in the past 12 months, creating over 2500 new jobs.

The German retailer said that today will see it open stores in four new locations in Great Britain: Cambridge, London, Boston and Dumbarton.

This is set to be followed by a further six new stores next week, creating up to 400 new jobs.

Lidl said it “continues to expand at pace” after opening a total of 16 new stores across January and February alone, contributing to its target of 1000 stores by the end of 2023 in Great Britain.

“I’m proud of our fantastic teams, from our colleagues working on the shop floor to our colleagues in the warehouse and across our offices, who have driven our expansion efforts around the country.

“We’re looking forward to opening our doors to even more communities this year and into this new decade where we see so much potential for further growth.”

This follows the bolstering of its logistics capabilities, which included the opening and expansion of six warehouses over the last four years, to continue to support its growing store network.

Just last week it announced plans to expand its warehouse operations in Wales after purchasing the land adjacent to its warehouse in Bridgend.

The land will enable the supermarket to extend its distribution centre to over 387,500sq ft, significantly increasing its capacity to support Lidl’s growth in Wales, where it currently has 58 stores.

The most recent set of Kantar grocery market share data shows that Lidl is the fastest-growing supermarket in the UK, with gross sales growing 11.1 per cent year-on-year. 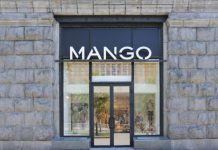 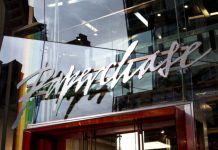