According to a 2016 report from real estate advisory giant Savills, the UK’s retail outlet sector was to achieve a value of £3.8 billion by this year.

Despite the huge worth, the outlet sector is often overlooked, with the more traditional shopping centres or the much-loved high streets usually the centre of attention instead.

First opened in 2000, the centre – which is asset managed by Realm – waited 19 years before rebranding from its former name McArthur Glen Designer Outlet.

Due to the coronavirus pandemic, the centre closed its doors on March 23, but has since continued to keep its social media channels active by providing tips for working from home, sharing live fitness classes and motivational quotes.

Shopping centres and retail parks were already struggling prior to the pandemic, but when Retail Gazette visited shortly before the government announced stay-at-home orders, we were given access to Livingston’s secret to bucking that trend.

Stewart hesitated to refer to Livingston as a shopping centre. She argued it was “more a place for people to go shopping”.

Livingston’s location just outside of Edinburgh has been key to its rising sales during Black Friday and Christmas, with visitors coming from the city as well as Glasgow and Aberdeen up north and London down south, according to Stewart.

The centre attracts 6.3 million visitors each year, and last year’s rebranding helped it reach its best trading levels yet. In fact, Stewart said Livingston saw its best ever result in its full-year 2019 trading report.

During Black Friday, sales rose 33 per cent year-on-year, while footfall was up 15.2 per cent – which Stewart attributed to the rebranding. Christmas was also successful for Livingston as the centre reported a 3.7 per cent rise in sales and 16 per cent rise in footfall, while Boxing Day saw sales and footfall rise 8.2 per cent and 5.3 per cent respectively.

“Boxing Day had historically always been our best day, but last year there were a number of factors,” Stewart said.

“There was probably the obvious one, which was that it did fall over the pay weekend, which definitely helped us.”

While outlet centres are traditionally recognised for offering excess inventory as well as outdated and leftover stock, Stewart said Livingston was a prime example of the new wave of outlet centres, with stores representing some of the UK’s biggest retailers.

She explained that the key difference between outlet centres and shopping centres lay in their rents. With the former, they’re usually turnover-based, meaning there is a completely different relationship between the retailer and the leaseholder. She also said there was full alignment between the owner of the centre, the asset manager of the centre and the retailer.

Everyone that works in and around Livingstone are all aligned to one job – to help drive the retailers’ sales. This is for a simple reason: the owner of the outlet centre derives income returns from the sales that are driven through the stores.

Stewart added that Livingston was unique is that some of its stores still sell at their usual prices despite being part of an outlet centre. It’s also home to the only Tommy Hilfiger, Calvin Klein, Guess, Under Armour, Adidas and Lindt stores in the region.

“The retailer itself has as much pride in the outlet model as it does in its full price,” she said.

Stewart was also not shy to boast about Livingston’s low vacancy rate – which is just at two per cent.

Considering the UK’s struggling retail climate prior to the Covid-19 pandemic, Stewart said Livingston was fortunate to not have had much exposure to retail workers that have fallen ill. She added that once Livingston reopens, the centre will see new brands join the line up.

“We’re looking at more sports brands. Once we are able to get a definitive opening date it will be all systems go.” she said.

“We had already agreed terms for some new brands, including Champion, to join the line up so these will be back shop-fitting as soon as restrictions allow.

“With all shopping centre and outlet centre owners keen to make the right first impression when opening, we will be looking carefully at staging events and promotions that strike the right chord.

“For us, it’s really just about continuing the journey, I suppose we’re at the start of this new culture phase.

“We still feel there’s a lot more brands that aren’t here that could be here. Does it feel complete? No. There’s still a lot to do.” 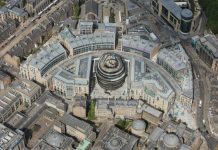 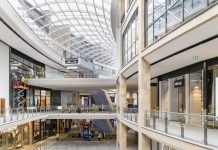