More than half of shoppers believe retailers have rolled out enough measures to ensure the transmission of coronavirus is prevented within their stores, a new survey has shown.

The survey from BRC and Opinium found that 53 per cent of respondents felt retailers were doing enough to protect the public from coronavirus, while only nine per cent disagreed.

The BRC and Opinium have been conducting a weekly survey tracking consumer behaviours and their sentiment towards coronavirus since May 1, and the latest figures pertain to the week ending June 22. 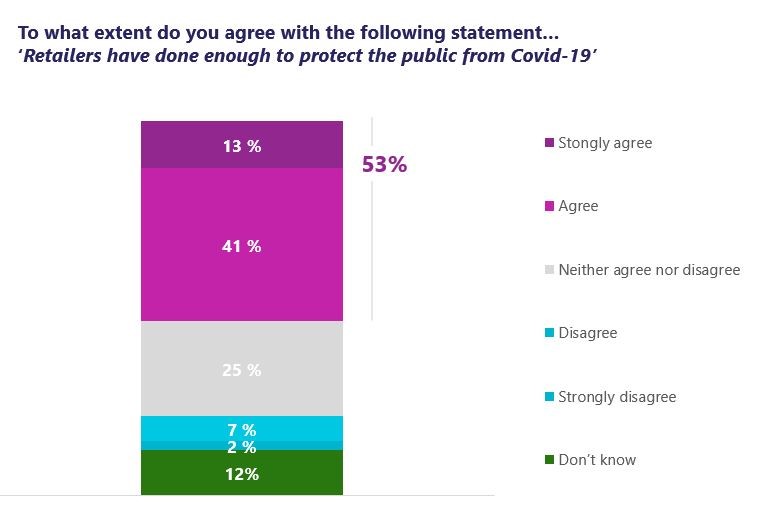 It found that 15 per cent of shoppers said they intended to visit shops to browse, up from 13 per cent prior to England and Northern Ireland’s exit from lockdown. 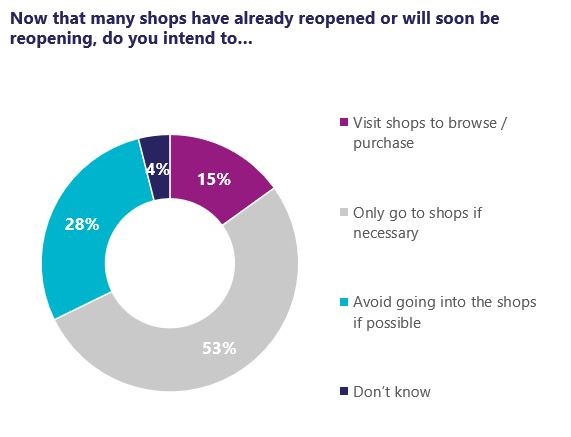 The BRC and Opinium said visits to larger supermarkets remained at 66 per cent of respondents, while local convenience stores rose to 50 per cent, and pharmacies and DIY stores fell slightly to 33 per cent and 23 per cent respectively to reflect the reopening of non-essential retail.

The survey found that the most popular safety measures in stores remained compulsory hand sanitising (38 per cent), one-way systems (36 per cent) and regular cleaning (35 per cent).

On the wearing of masks, 60 per cent of survey respondents either currently wear a mask, or intend to. This compares to 70 per cent the previous week.

The proportion who said they are not wearing masks rose from 29 per cent to 40 per cent, and the BRC and Opinium said this may suggest that consumers were comfortable with the safety measures they have observed in the first week of reopening. 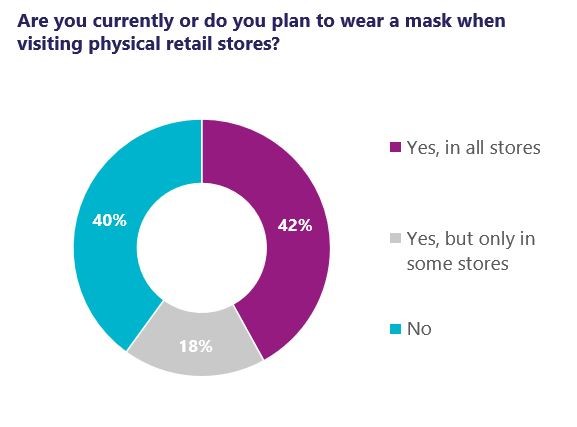 “Thousands of retailers opened their doors for the first time in months, and shoppers enjoyed visiting many stores they had been missing,” BRC chief executive Helen Dickinson said.

“Retailers will be reassured by polling showing that almost six times as many people agreed that retailers were doing enough to protect the public as disagreed.

“Nonetheless, retailers must continue to work hard to ensure everyone has the confidence to visit their local high street.

“Shops and jobs depend on the ongoing support by the public. While the initial burst of enthusiasm is welcomed, the coming weeks and months will determine the future of our high streets for years to come.”