// JD Sports, which bought back the retailer last month, said it will pay the taxman, its branded stock suppliers, customers’ returns and gift cards

Go Outdoors, the retailer bought back by sportswear giant JD Sports in a pre-pack administration, could see its unsecured creditors recoup just 1p in every £1 owed.

JD Sports has said it will pay the taxman, its branded stock suppliers, customers’ returns and gift cards.

Meanwhile, landlords and administrators likely be left out of pocket, Deloitte’s statement of proposals has shown.

Last month, JD Sports announced the appointment of Michael Magnay and Daniel Butters of Deloitte LLP as joint administrators for Go Outdoors, before buying it back in a pre-pack deal for £56.5 million. All jobs were preserved.

Citing the impact of Covid-19 closures, as well as “extremely inflexible” terms on its property leases, JD Sports said at the time that the “the future viability of the business has become materially uncertain”.

The administrators received five offers in total as part of the accelerated sale process.

Deloitte granted JD a licence to keep Go Outdoors’ 67 branches open while it renegotiates cheaper rents. If it does not succeed, some will likely shut.

JD Sports had paid £112 million for the chain in 2016, but blamed the pre-pack on inflexible leases agreed before it took over. 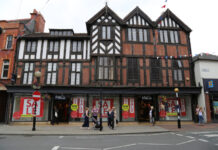