// Tesco, Morrisons and Ocado are amongst the top 10 FTSE 350 companies with the biggest gaps

New research has found that 45 per cent of all workers at UK supermarkets including Tesco, Sainsbury’s, Morrisons and Ocado were paid less than the “real living wage” in April 2020.

Around 410,000 supermarket workers earned below the real living wage, which currently stands at £9.50 per hour in the UK outside of London and £10.85 per hour inside of London, according to community organising group Citizens UK.

Shadow business secretary Ed Miliband MP said: “Every worker should be paid a fair wage they can live on. It’s just wrong that so many of our key workers, including in sectors like supermarkets and care, are being asked to survive on low pay.

“Labour strongly supports a real living wage of at least £10 an hour. As we rebuild our country and economy after coronavirus, we cannot just go back to business as usual.

“The government must take action to move our country to a real living wage.”

Citizens UK said its research comes out at a time when December was a record month for UK supermarkets, with shoppers spending nearly £12 billion – the highest Christmas trading result on record.

Citizens UK executive director Matthew Bolton said: “Whilst some employers are really struggling, supermarkets are experiencing bumper sales – yet not a single major supermarket pays all staff and contractors the real living wage. It is unacceptable.”

Meanwhile, the Living Wage Foundation found that over 250,000 employees have received a pay rise as a result of its campaign and employers accredited with the foundation.

It said that supermarkets have some of the largest pay gaps between chief executives and their colleagues.

Tesco, Morrisons and Ocado are amongst the top 10 FTSE 350 companies with the biggest gaps.

Citizens UK is now calling on the UK’s supermarkets to pay their staff the “real living wage” and accredit with the Living Wage Foundation.

Morrisons took action on Wednesday by announcing a new pay deal which it says will guarantee at least £10 an hour for all staff.

The Big 4 retailer, which employs around 120,000 people across the UK, said it would be the first UK supermarket group to secure workers a £10 minimum rate when the pay deal starts in April.

Most workers who move up to the new minimum hourly rate, which is subject to a ballot vote on January 27, will receive a nine per cent rise in their pay.

Currently, Morrisons has a minimum hourly pay rate of £9.20 per hour. 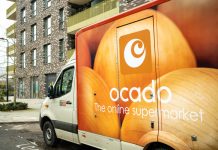