// Almost 2/3 of shoppers have been choosing to shop closer to home, to support the local community

// Home deliveries also on the rise, with Brits receiving two more parcels per month than before the pandemic

New data has shown that almost two thirds of Brits have been shopping locally in the l12 months, and this growing trend is set to outlive the Covid-19 pandemic.

The news comes as Barclaycard Payments, along with futurist Tom Cheesewright, published new research based on data from hundreds of millions of transactions to reveal the top 10 shifts in consumer behaviour which have emerged as a result of the pandemic.

One positive outlined in the research is the support people have shown for local and independent retailers, with almost two thirds (64 per cent) of Brits choosing to shop closer to home.

Shopping locally is set to be a lockdown legacy, with nine in 10 (91 per cent) Brits who have been shopping locally throughout the pandemic saying they will keep doing this to support smaller and independent retailers even after all restrictions end.

The research also revealed that because of lockdowns, consumers have been receiving an average of two extra deliveries per month since the start of the pandemic – averaging seven parcels now compared to five before March 2020.

This equates to over 86 packages in total over the course of a year.

Barclaycard Payments said this growth in deliveries was here to stay, with over half of people expecting to receive either the same amount (47 per cent) or more (10 per cent) in the future.

Meanwhile, almost one third (30 per cent) of consumers say they have used click and collect more frequently since the start of the pandemic.

On average, shoppers now use the service three times per month compared to twice a month in 2019.

Almost all (90 per cent) of those who have been using click and collect more often since the start of the pandemic will keep this up once all restrictions have been lifted.

Barclaycard Payments’ research with retailers also shows that SME retailers are responding to this new landscape, with nearly three in 10 (29 per cent) planning to invest in new equipment and technology in 2021, and 13 per cent in viewing technology as the top opportunity for growth over the next year.

Online grocery shopping has also seen consistent growth over the past 12 months, with recent Barclaycard data revealing a 115.2 per cent increase in online grocery spend in February alone, compared to the same month last year.

This trend is even more pronounced among the over 65s, whose online supermarket spend more than quadrupled (332.5 per cent) year-on-year.

Almost six in 10 Brits (57 per cent) say they’ll continue to buy at least some of their groceries online even after all restrictions end.

However, brick-and-mortar supermarkets will remain crucial for the four in 10 (39 per cent) people who plan to continue buying all of their groceries in-store.

Separately, 71 per of shoppers said they now think more carefully about how they spend their money and 92 per cent of those who do plan to continue being more mindful of their spending habits after the pandemic.

Rates of returns have also risen since March last year, with just over half (51 per cent) of shoppers confirming they have returned items they bought online, compared to 47 per cent previously.

“The trend towards online and concierge services look set to continue, with shoppers seeking ever greater convenience and clawing back time to spend elsewhere,” Cheesewright said.

“Retailers that can strip friction from their sales process while making us feel special will continue to succeed.

“Meanwhile, we continue to seek a greater connection with our local community, going against the all-digital trend.

“Suburban stores that have survived lockdown look set to thrive when it lifts.” 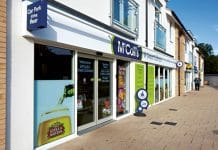 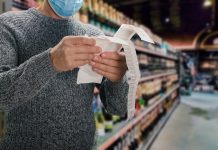