// H&M has around 56 direct suppliers in Myanmar

H&M has responded to the protester deaths in Myanmar on Monday by pausing its placed orders in the country.

The fashion retailer said it was concerned about the situation and was in dialogue with United Nations agencies, diplomatic representatives, human rights experts, and trade unions.

Police and military have killed more than 50 people to quell daily demonstrations and strikes against a February 1 military coup, according to the UN.

H&M has around 56 direct suppliers in Myanmar and has sourced in the country for seven years.

“Although we refrain from taking any immediate action regarding our long-term presence in the country, we have at this point paused placing new orders with our suppliers,” H&M Myanmar country manager Serkan Tanka said.

“This is due to practical difficulties and an unpredictable situation limiting our ability to operate in the country, including challenges related to manufacturing and infrastructure, raw material imports and transport of finished goods.

“These consultations will guide us in any future decision in relation to how we as a company can best contribute to positive developments in accordance with the will of the people in Myanmar.”

Two protesters were killed by gunshot wounds to the head, while shops, factories and banks were closed in the main city Yangon as part of the uprising against the country’s military rulers.

Myanmar has around 600 factories, providing jobs for around 450,000 workers. 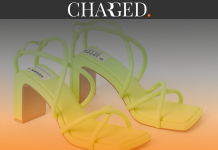 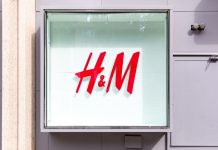