// Passi left Missguided in April, just weeks before its collapse

Frasers Group has hired Missguided founder Nitin Passi to lead the fast fashion firm just two weeks after it bought it out of administration.

Passi joins Missguided as CEO and will start immediately. He stepped down as CEO on 20 April at the same time that Teneo was hired by Alteri Investors, which owned a 50% stake in Missguided, to “explore strategic options” for the etailer.

However, Teneo’s efforts fell flat and it plunged into administration late last month, at which point it was acquired by Sports Direct owner Frasers Group for £20 million.

READ MORE: What’s next for Missguided under Frasers Group?

Frasers Group chief executive Michael Murray said: “Missguided is a fantastic brand which, with the strength and scale of Frasers’ platform and our operational excellence, is well-positioned for the future. Under Frasers’ ownership, and with Nitin’s partnership, Missguided has an exciting future ahead.”

He added: “I am acutely aware of the impact Missguided’s administration has had on our stakeholders and I am committed to rebuilding their trust.” 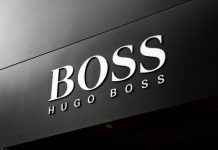