Designer labels DKNY and DKNY Jeans have signed US actress Ashley Greene as the face of its advertising campaigns, it was announced today.

Also serving as the brand‘s ambassador, Greene is on an exclusive one-year contract and will appear in an upcoming global campaign for spring 2012, currently being photographed by Inez van Lamsweerde and Vinoodh Matadin.

Greene, best known for her roles in the popular Twilight films, has a further five movies coming out in the near future, including the Twilight Saga Breaking Dawn: Parts 1 & 2.

“To be a part of the brands‘ message is incredibly exciting because it feels like such an organic fit. It‘s easy to talk about how these clothes work for my lifestyle, whether I‘m in New York, LA or travelling for work.”

Greene has worn a number of the brand‘s garments to Hollywood events, notably first wearing Donna Karan to the Twilight Eclipse premier in Berlin in June last year. Last September, the fashion house invited the actress to attend its spring show before Karan designed a custom gown for her to wear to the 2011 Costume Institute Gala at the Metropolitan Museum in New York.

“She is on the forefront of what it means to connect with a global fan base through social media, a focus that is aligned with our digital and new media initiatives.” 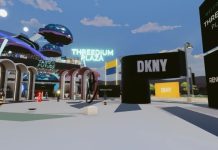