US based office supplies, furniture and technology retailer Staples has today announced an international sales fall of $1.3 billion (£818.7 million) for its third quarter, a decrease of 1.9 per cent in U.S. dollars, and seven per cent on a local currency basis.

Staples also saw a 12 per cent decrease in like-for-like (LFL) sales in Europe and weak sales in Australia, but total sales did rise by 0.5 per cent year-on-year to $6.6 billion in the three months ending October 29th 2011.

Its operating income rate decreased 136 basis points to three per cent compared to last year, while the international business ended the quarter with 377 stores, as one store in Germany was opened during the period.

North American retail sales of $2.7 billion were flat compared to the same period in 2010 and LFL sales declined one per cent, reflecting a one per cent decrease in customer traffic and flat average order size.

“International results were weaker than expected as tight expense management was more than offset by very challenging top line trends.”

In September, the retailer named Senior Vice President and Corporate Controller Christine Komola as its new Chief Financial Officer, to be based in the US while looking after operations across its international portfolio. 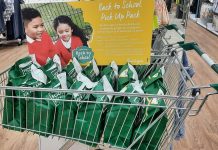 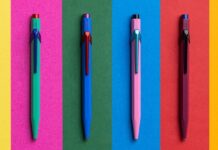