International retail and manufacturing business A.S Watson has confirmed today that Joey Wat will become its new Managing Director (MD) for its Health & Beauty division in the UK.

This will put Wat in charge of two of A.S. Watson‘s British-based retail brands, Superdrug and Savers, having previously been appointed MD of Savers in 2008 and gone on to be made the group‘s Chief Operating Officer in January last year.

Jeremy Seigal, former CEO of all of the A.S Watson‘s UK retail operations, including its third fascia in this country The Perfume Shop, announced he was to step down from his position earlier this month.

As part of the re-organisation following Seigal‘s departure, The Perfume Shop MD Jo Walker will assume overall responsibility for that brand, with both herself and Wat reporting directly to Group Managing Director Dominic Lai.

A graduate of Hong Kong University and recipient of an MBA from Northwestern University in the United States, Wat joined A.S Watson in 2004, initially in a strategic planning role, and before this she worked at both McKinsey and A.T. Kearney.

Wat commented: “I am excited to take up this new appointment. Both Superdrug and Savers have established clear brand positioning in the last few years as the UK high street retailers for accessible beauty and great value.

Under the leadership of Commercial Director Steve Jebson, Superdrug has been reinventing its image over the last year through store revamps, press ads and new customer propositions including its first ever loyalty card launched in May 2011.

In its most recent trading update, Superdrug revealed last week that sales had risen 2.5 per cent like-for-like over the Christmas period and that one-in-five transactions during December were linked to its new ‘Beautycard‘.

Wat added: “The recent launch of Superdrug Beautycard has generated a lot of interests amongst our customers. Together with the management and our store teams, we will focus on delivering customer-focused offers and improving customer service to meet and exceed their expectations.” 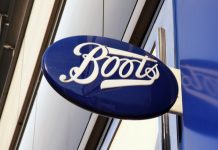 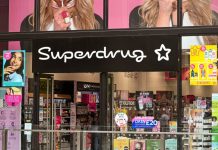