Retail sales at fashion & furniture retailer Next fell 1.4 per cent during the year to January 2012 but strong online and international growth helped to push up profits.

Next‘s total profit after tax for the 12 month period totalled £474.8 million, up from £400.9 million the previous year, and underlying earnings per share were up 15.1 per cent year-on-year, as the British-based business proved once again that it can deliver success in a difficult market.

Directory sales, which represent both online & catalogue trading, grew 16.4 per cent to £1.088 billion for the period and this division now represents 32 per cent of overall sales for the group and 44 per cent of its operating profits.

The company increased its trading space across its retail portfolio of stores by 6.6 per cent, or 402,000 sq ft, in the year and Next now trades in 30 different countries with international sales seeing a five per cent boost on a like-for-like basis.

Chairman of Next John Barton said that the “excellent” results meant that the business is now looking to increase the full-year dividend by 15 per cent to 90p, which will result in a higher final dividend although it will be paid one month later then usual.

“The key ingredient of our success is the stability and effectiveness of our management teams across the group,” Barton added.

“During 2011 our share price and dividend performance ranked Next as the second best performing FTSE100 Company of the year. It is worth noting that over the last three years our earnings per share have grown at an annual compound rate of 18 per cent.”

Neil Saunders, Managing Director of retail analyst group Conlumino, praised Next for its careful management approach which saw it resist heavy unplanned discounting last year unlike many of its competitors, and argues that its operations are in good shape to bear out any further macroeconomic setbacks.

“In many ways, Next‘s figures are a microcosm of wider trends in the retail sector: sales through physical stores are under significant pressure while online is continuing to show good growth,” Saunders said.

“In our view Next‘s ability to manage these two trends is sound and it now operates a successful multichannel model where both online and store complement each other; indeed, the growth in customers using both channels for collection and return is notable.

“That said, although the majority of stores remain profitable at the moment, if the divergence between online and physical continues – which we believe it will – some reengineering of the store portfolio will likely be required over the medium term.” 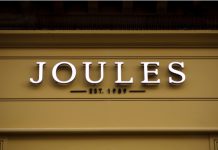