Luxury fashion label Burberry has seen total revenue rise 11 per cent to £408 million in its first quarter, it has been announced today.

For the three months to June 30th 2012, retail sales increased by 14 per cent and now represent about 70 per cent of the business, while like-for-like sales jumped six per cent over the period.

During the quarter, the well-loved British brand opened six new stores and closed two and the retailer expects a 12-14 per cent increase in average retail selling space by March 31st 2013 thanks to a greater focus on larger format stores.

A statement from the group explained its strong performance, noting: “In mainline, there was a further increase in average selling prices, driven by product innovation, a higher penetration of Burberry Prorsum and London and rationalisation of opening price point products in core outerwear and accessories.

Despite these strong results, these figures are down on forecasts though Q1 is Burberry‘s smallest quarter and the group noted a “more challenging external environment” may have affected profit.

Earlier this year, the fashion brand was awarded £63 million in a counterfeiting case by a federal court which saw Burberry take control of false domain names, a welcome decision for a group so fiercely protective of its property rights.

Looking ahead, Angela Ahrendts, Burberry CEO, noted that the company is to open a number of new stores later this year in London, Milan, Chicago, Hong Kong and Shanghai.

“Building on our balanced business model and strong operational foundation, we continue to invest in our retail, digital and marketing strategies to drive long-term sustainable growth, while remaining responsive to the changing external environment.” 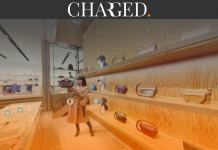 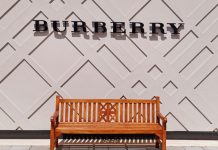 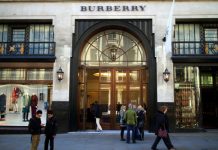