Supermarket chain Tesco could face fines of up to £200,000 following an operation by the UK Borders Agency (UKBA) which discovered a number of illegal foreign workers in one of its warehouses, it has been confirmed today.

More than a dozen staff members at its warehouse in Croydon were found to be working illegally when Government immigration officials acted on information received on the workers.

A UKBA spokesperson commented: “We received information that some staff members were working in the UK illegally at Tesco.com on Factory Lane, Croydon.

“In response officers carried out an operation in full cooperation with the company shortly after 3am on Saturday 21 July 2012.

“20 individuals have been arrested and now face removal from the UK. The operation was part of an ongoing campaign to tackle visa abuse which has seen over 2,000 offenders removed since the beginning of May.

“The employer now needs to provide evidence that it was carrying out the legally required checks to avoid a fine.”

The spokesperson also noted that the grocer could be fined as much as £10,000 for each illegal worker unless it can prove that necessary right-to-work checks were carried out prior to employment.

Such news comes at a difficult time for the retailer, as its market share decreases amid growing competition while it cuts back on expansion plans following its exit from the burgeoning Japanese market, leading ratings agency Standard & Poor‘s to downgrade its outlook to negative.

A spokesperson for the supermarket told Retail Gazette that the UKBA gave information on the checks in advance and highlighted the fact that the charges relate to employees working above the allotted number of hours outlined in visa specifications.

The spokesperson added: “In cooperation with Tesco, the UK Border Agency visited our dot com store in Croydon in July.

“As a result of this visit, a small number of staff were found to have breached the terms of their working visas.

“We continue to cooperate fully with the UK Border Agency as they look into this issue. We take our responsibilities as an employer very seriously and do not condone illegal working of any kind.

“We have a comprehensive system for ensuring all the correct procedures are followed in this area which has been externally audited and generally works well.

“We have now taken additional steps to ensure an incident of this nature does not happen again.” 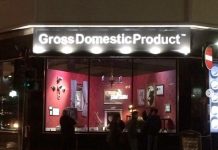 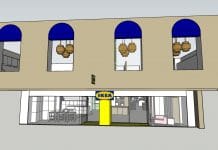