Department store group John Lewis has today unveiled details of its first ever pop-up shop set to open in Exeter next month.

Celebrity chef Jamie Oliver‘s latest range JME will also be available in store, giving customers a preview of items that will be available in John Lewis‘ first flexible format store which is to open on October 12th 2012.

This permanent John Lewis Exeter shop, with over 65,000 sq ft of selling space, will be its biggest to open so far this year and the first with a presence in Devon and Cornwall.

Designed in line with the retailer‘s omnichannel strategy, the pop-up on Exeter High Street will function as a click & collect hub, allowing shoppers to purchase any of the 200,000 products available on its website before collecting them from the shop.

Peter Ruis, Brand and Buying Director at John Lewis, explained that introducing a pop-up prior to the grand opening aims to create a sense of excitement in the area.

“The launch of the pop-up shop in Exeter underlines the excitement around the opening of our first department store in the city,” he said.

“It is fantastic that we can bring John Lewis to the residents of Exeter a little bit earlier than anticipated, giving them a sneak peek at what we will have to offer when we open our doors on the 12th October.” 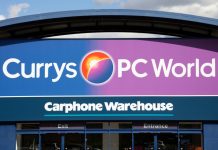