Fashion retailer Reiss has seen its Commercial Director Sanjay Sharma depart less than a year after starting in the role, it is understood.

Sanjay Sharma joined the premium retailer in October 2011 as International Director and has previously worked at ladieswear retailer Karen Millen.

Sharma‘s departure comes soon after the surprise exit of Reiss‘s Trading Director Gwynn Milligan, who stood down from her role after just eight months in February.

At the end of last year, the retailer reported a 14.5 per cent EBITDA decrease to £11.2 million in its full year, though noted its ongoing investment in growth was affecting its short-term position. 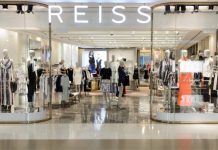