US retail giant Walmart has been fined $110m (£73m) for mishandling hazardous waste in its stores and dumping harmful chemicals in city rubbish bins and sewer systems, it has emerged.

In a suit filed in Los Angeles and San Francisco, the retailer, owner of UK supermarket Asda, pleaded guilty to the charges of illegally handling and disposing of hazardous materials and failing to properly handle pesticides returned to its retail stores by customers across the US.

Walmart failed to train employees in how to deal with hazardous waste and had no program in place to oversee handling, according to court papers filed in San Francisco, leaving waste being managed at store level or improperly transported.

Walmart also pleaded guilty to six misdemeanor counts of negligently violating the Clean Water Act and will pay the fine “to resolve cases alleging violations of federal and state environmental laws”, according to the FBI.

Earlier this month, Walmart came under fire for refusing to sign the Accord on Fire and Building Safety in Bangladesh signed by dozen of other retailers after the collapse of the Rana Plaza factory building in Bangladesh last month.

Ignacia S. Moreno, Assistant Attorney General for the Justice Department‘s Environment and Natural Resources Division, said of the environmental case: “By improperly handling hazardous waste, pesticides, and other materials in violation of federal laws, Walmart put the public and the environment at risk and gained an unfair economic advantage over other companies.

“Today, Walmart acknowledged responsibility for violations of federal laws and will pay significant fines and penalties, which will, in part, fund important environmental projects in the communities impacted by the violations and help prevent future harm to the environment.”

Amazon employee stole $96,000 by issuing refunds to himself and friends 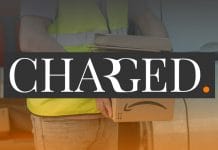